MWC 2022: CCS Insight previews its expectations ahead of the return of the Barcelona event 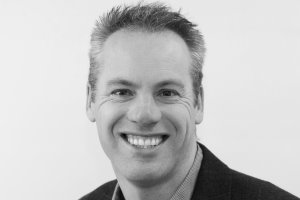 Mobile World Congress (MWC Barcelona) is seeking an explosive return as an in-person event, according to the CCS Insights team. Organiser, the GSMA, suggests there could be between 40,000 and 60,000 attendees, with 1,500 exhibitors registered. Although this is a fall from peak attendance of more than 100,000 in prior years, it is still a promising recovery after years of pandemic-related disruption.

Kester Mann, director of Consumer and Connectivity, CCS Insight, says, “Conversations about mobile networks look set to focus on operators’ struggles as they aim to achieve growth in a post-Covid world something that has not proven easy. As a result, we expect that the perennial topics of regulation and mergers and acquisitions will be mentioned in several keynote presentations. These will have added significance this year, with speculation mounting about imminent deals in markets including Italy, Spain and the UK. Operators will once more highlight hypercompetitive markets and burdensome regulation stifling potential returns on the expensive deployment of fibre and 5G networks. Calls for authorities to show more leniency are likely to be louder than ever.”

Partnerships with major players could be an important topic, he says, as debate continues over the role and relevance of operators in the era of cloud computing and the network edge. And, as at previous events, 5G will be a central theme. But with almost 150 live commercial networks, focus will now turn to early success stories and emerging uses. The hot topics of open radio access network (Open RAN) technology and private networks will be prominent on the show floor as operators seek to capitalise on new opportunities.

Satellite broadband could also resurface as a topic; it enjoyed headline billing at MWC 2021, when Elon Musk discussed it in a keynote presentation. CCS Insight expects that the potential for new partnerships in this space may help attract further attention.

Ongoing discussion about convergence, smart home and consumer IoT should also gain airtime, particularly from companies such as Deutsche Telekom, Orange and Telefonica prioritising these technologies in the exhibition halls. We will also be looking to understand how operators believe they can play a role in the much-lauded metaverse.

Socio-economic issues such as digital inclusion and “connecting the unconnected” are expected to feature, and this is an increasing area of focus for operators and the GSMA. These join the list of big picture conversations about sustainability, the environment and the circular economy, all having lent themselves well to keynote sessions focussed on smart networks in recent years.

Martin Garner, COO, CCS Insight, expects the conversation about IoT to display signs of change. This follows the gradual increase of 5G-enabled devices, meaning that enabled consumer products are now commonplace. “We expect continued buzz about low-power options including narrowband IoT, which should begin to gradually build a presence outside China. Li-Fi may also start to gain some attention as an emerging IoT offering.

“Attendees focusing on chipsets and modules may make a strong push on millimetre-wave 5G technology, particularly regarding time-sensitive networking for industrial use. This is for several reasons: there is momentum for private networking, and moving this from 4G to 5G; cloud players are pushing a solutions approach that operators will struggle to compete against; we are witnessing the emergence of a 5G IoT ecosystem of suppliers, with evidence of collaboration; there is a lot of momentum for autonomous and connected cars, even if the realised vision is still some way off,” Garner adds.

Elsewhere, smart city demonstrations are likely to be present, even though these are now fairly understood and lack the excitement of a complete innovation. But, we are still in the phase of a long and gradual build-up to what will eventually represent a large market.

Finally, on the subject of Mobile Network Infrastructure, Richard Webb, director, Network Infrastructure, CCS Insight feels thatMWC 2022 should see heavy focus on virtual RAN solutions and support for Open RAN, with the narrative emphasizing integration capabilities and how the technology will be part of the “solutions ecosystem”. “We particularly expect strong emphasis on cloud-native RAN,” he says.

“We predict lots of discussion about standalone 5G core solutions, or “real 5G”, and the road map to its implementation, with examples of early movers, new revenue-generating uses and more. This will provide opportunities for the industry to demonstrate what 5G will offer as a standalone solution. Further to this, we expect a rise in private mobile networks, particularly “in a box” one-stop-shop solutions including pre-integrated RAN and core equipment, servers, devices and SIMs presented as a single solution suite.”

“CCS says there is expected to be a good presence from Chinese equipment suppliers; those in attendance will be keen to bolster their customer set, showcase research and development progress and raise the profile of their software capabilities. However, they will largely be staffed by local personnel. We also expect to see a strong sustainability message, with “green networks” being a common topic,” Webb adds.

Manufacturers are likely to extol the virtues of low-power radio networking equipment, with operators focusing on energy efficiency, carbon offsetting and raising awareness of the so-called enablement effect the positive impact of 5G uses that reduce power consumption in industrial or other sectors.