Half of service agents admit to botching customer service calls 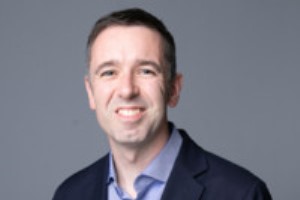 Cambridge, USA. 8 February 2022 – More than half of customer service agents say they botch how they record customer requests during service calls with nearly 40% admitting they regularly fail to understand their customers’ needs because they get distracted according to new research by Pegasystems Inc. The global study, conducted by research firm Savanta, surveyed customer service agents from six countries in the Americas, Europe, and Asia-Pacific to uncover the difficulties they have helping customers and the resulting negative effects on customer outcomes.

The research found that outdated technologies were causing customer-facing staff a number of headaches, leading to frustration for both agents and the customers they serve. These include:

The overwhelming majority of respondents say that embracing new technologies to help counter these issues would significantly improve their working lives. 83% say they would benefit from all apps they use being available on one screen, while 76% say their lives would be made easier by not having to copy and paste information between screens. 69% also feel eliminating the need to manually fill out forms would make a positive difference in improving their working life, while 87% said the same of being able to immediately access knowledge centres that would allow them to answer customer queries quickly and directly.

Mark Jackson, director and industry principal, telecoms at Pegasystems comments: “Due to the technical nature of the products that telcos sell, call centre agents typically have even harder discussions than the average customer representative. This, combined with the fact that mergers and acquisitions regularly happen as the telco market consolidates, agents are having to use a multitude of different applications just to service one customer.

“As a result, tools like Voice AI represent a huge opportunity. They not only increase efficiency and reduce average call handling time, but also take pressure off agents, allowing them to serve the customer better whilst also giving them the opportunity to cross and up sell to increase average revenue per user.”