Lessons from the iPhone revolution for open 5G disruption 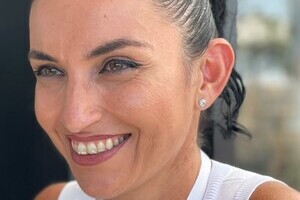 “One more thing” was the way Steve Jobs famously teased the launch of new Apple products, including the introduction of the iPhone in 2007. That “thing” turned out to be one of the most important tech developments of the 21st century. Now we are in the midst of yet another important “thing” that will have as great an impact, if not more, on the way we do business in the coming years – that is 5G.

5G and its associated technologies, including O-RAN and code-independent hardware, are set to have as significant of an effect on business as the iPhone did on communications. So says Sharon Alalouf, vice president of business development, APAC, Cellwize. In fact, there are many parallels between the emergence of these two phenomena, both of which were – and are – revolutionary in their own ways.

The iPhone not only revolutionised cell phones replacing clunky plastic buttons and tiny screens with luxuriously large touchscreens, but it disrupted a whole host of businesses: telecom, app creation and apps sales, cameras, internet usage even the gum business. Indeed, the iPhone, it could be argued, changed everything.

And now it is Open 5G that will change everything, disrupting business and industry much like the iPhone disrupted the consumer and tech economy. 5G isn’t just faster, near-zero latency telecommunications it’s a whole infrastructure and ecosystem, featuring open-standards, open-source equipment, open RAN, local 5G and other components that will revolutionise the way organisations utilise telecommunication services.

Indeed, these changes are very much akin to the changes the iPhone brought about even down to the infrastructure and methods Apple developed to enhance the revolution. Here are some examples:

Shift from hardware to software

Apple didn’t invent cell phones, but it did invent the idea of an App Store that enabled developers to build applications for use with the iPhones, allowing for a much wider variety of applications than had been possible with devices from veteran cellphone makers like Nokia and Ericsson. By opening up a development platform that had previously been closed, large numbers of developers built an ecosystem that has made the iPhone indispensable for many.

A similar thing is set to happen in the world of telecom infrastructure, Instead of being limited to the capability strictures of equipment manufactured by those same companies, 5G developers will find that they can use open software systems to develop rApps and other customised applications for traffic management, performance monitoring, and other essential services that will facilitate the implementation of advanced 5G services, like network slicing. By essentially divorcing hardware from code, 5G developers will have the ability to make full use of the coding capabilities available with the Open RAN standards associated with 5G.

By turning a mobile phone into a mobile device equipped with internet capabilities, bluetooth, accelerometers, and more along with opening up app development to all Apple fostered development of a whole new way of using phones and devices. Similarly, 5G will disrupt business for better or worse. With near-zero latency and open software standards, Open 5G is perfectly poised to advance private networks, many of which will be used to automate activities in offices, warehouses, factories, and more.

Thanks to its fast communication capabilities, 5G could potentially replace ethernet allowing for remote connectivity between factories, schools, and businesses in many more ways than is possible today. And thanks to the open software features associated with them, 5G will allow for development of many kinds of applications likely to disrupt anything and everything based on communications.

The iPhone and its iOS descendants (like the iPad) not only upended industries they created new ones (along with millions of jobs). Open 5G has the potential to change the face of many industries as well perhaps starting with its own. With software and hardware unbundled, new players both on the software and hardware side will find opportunities to develop services and systems for a wide range of customers. Innovative startups as well as leading software providers will remake an industry that has until now been dominated by big RAN vendors.

But the changes open up opportunities for those big entities, as well. One significant change is likely to be the entry of MNOs into the customised telecom business. Automated management systems and open software platforms will give MNOs the opportunity perhaps in cooperation with system integrators who have already been working in the area to develop private networks for enterprise customers.

Until now MNOs concentrated on wide-ranging regional and national infrastructure development with all their resources dedicated to these areas but the changes coming in telecom will give them new opportunities to work with individual customers. Similar changes in the way companies do business are likely to occur as well, given the potential 5G has to change business.

In the 15 years since the iPhone made its first appearance, the world has changed in unprecedented ways. Now, with Open 5G, we can expect changes on a similar scale in the coming years. 5G’s super-fast speed, open platforms, and sophisticated RAN capabilities will unleash unprecedented forces that will help businesses make themselves far more efficient and profitable than ever imagined.

Artificial intelligence like advanced machine learning and neural network technology, automation, and made-to-order private networks all built on the capabilities of 5G will shape these forces, remaking business, work, and leisure. It’s impossible, of course, to predict exactly what the world will look like in 15 years but we do know two things: One, it will be much different than the world today and two, 5G will have a great deal to do with those changes.