Goodbye to 3G, thanks for the Hype(y) memories 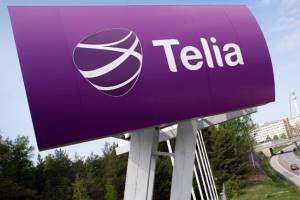 The pace of changing telco networking technology quickens between one generation and the next. Business technology journalist, Antony Savvas looks at some of the latest developments, including disagreements between operators.

Doing what other operators have announced, Sweden-headquartered Telia is moving towards closing down all its 3G networks across seven countries in Scandinavia and the Baltics by the end of 2025, with most of them actually going by the end of 2023. But its Norway unit has been particularly quick of the mark.

Telia Norway has just announced its entire 3G network has been switched off, with extra space being made for 4G capacity and its impending national 5G network.

“After 16 years in long and faithful service, the last remnants of 3G in Telia’s mobile network have now been switched off, and replaced with lots of new 4G and eventually 5G,” says Telia Norway, in language to make any telecoms historian, or journalist for that matter, feel old.

A whole 16 years of using a networking solution that is still just about good enough to meet the needs of most applications going over a mobile network. The Norwegian 3G switch-off certainly seems to confirm the telecoms industry is changing a lot faster than it did. Then again, the type of copper telephone networks that have been in the ground for about 100 years, are still used by most people to deliver their broadband services over the “last mile”.

When remembering the hype and the build-up to the first 3G commercial services, including seeing CeBIT in Germany (the world’s biggest technology show at the time) turn into the launchpad of faster mobile networks and the first smartphones to take advantage, the Norwegian switch-off seems a little sad.

At the time, like all hyped technologies, there were some memorable moments on the way. For me, one of those, was seeing a hapless Ericsson CEO at CeBIT being absolutely panned by the world’s media, after jumping on stage and claiming the “mobile internet is here”. This was when no one had a 3G phone in their hands, and consumers were being persuaded that they could “surf the mobile internet”, equipped with nothing but “2.5G” GPRS (general packet radio service).

Many a time I found my way into the back of a taxi being told by the driver, after they discovered I was a technology journalist, that they felt “conned”. This was because they couldn’t do too much more than ring or text their wife on their “mobile internet” Nokia or Ericsson 2.5G phones.

Another 3G moment I remember well is making an annual trek to Nokia’s labs in Finland. As one of the scheduled highlights of the trip, there, in front of the world’s telecoms press and analyst brigade, were two senior Nokia execs about to show us the wonder of video communications between two 3G Nokia phones.

As we all took a deep breath to witness the magic, and after a couple of minutes of the magic not happening, one leading analyst turned to me and said very deadpan: “I don’t think they can get it to work.” The two execs then swiftly moved onto a PowerPoint presentation, pretending nothing had happened, because it hadn’t.

So yes, maybe that’s why we had to eventually move onto 4G, to do what 3G originally promised.

“We are phasing out the 3G network to make room for the technology of the future,” says Georg Svendsen, head of infrastructure at Telia Norway. “We thank 3G for its effort! [sounding like the board of a football club saying goodbye to the manager they have just sacked].”

Incidentally, Svendsen adds that 2G and 4G will “coexist” with 5G for a “long time to come”, adding to 3G’s pain and doing nothing for its professional pride.

Copper was mentioned previously, and it demonstrates that the longer something has been around, the more difficult and troublesome it can be to get rid of. Relationships can sometimes be like that.

T-Mobile launched the case in an attempt to postpone KPN’s move to switch off shared copper lines and migrate all services to fibre-optic technology.

KPN aims to decommission copper at more than 2 million Dutch addresses in the first quarter of 2023, a plan it announced back in February 2020.

But T-Mobile was arguing it did not have adequate time to transfer its own customers. T-Mobile, as it rolls-out its own fibre infrastructure, relies on wholesale access to KPN’s network to support its services.

The provider, which was recently sold by Deutsche Telekom to private equity for over €5 billion, had requested a two-year delay to the copper switch-off process. But after the court said “no”, it looks like those new owners will just have to splash out more cash and get digging a lot quicker.

The Internet of People

We’ve all heard about the billions of bits and bobs that will be connected to the burgeoning global Internet of Things, but France-headquartered Alcatel-Lucent Enterprise (ALE) is taking it one-step further.

While its new technology offering isn’t actually marketed as the Internet of People, many will see it that way, and I imagine that plenty will not willingly partake.

ALE says it has “evolved” its OmniAccess Stellar Asset Tracking solution, with the addition of new “contact tracing” features.

“The global health crisis has highlighted the need for organisations to have some method of contact tracing to keep track of past close physical contact between individuals, in order to keep their employees and customers safe,” says the firm.

Companies using the technology can get instant reports on the time “contacts” spend at locations. The system delivers “improvements in productivity and workflow optimisation”. Don’t spend too much time in the toilet or by the water cooler folks.

I presume Alcatel-Lucent’s public relations team, and the industrial relations personnel at some of its customers, are prepared for some busy times ahead?