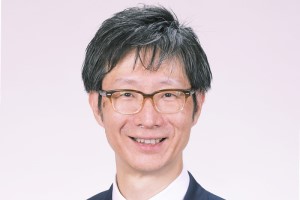 Countering the growing threat to traditional network security from quantum computing, BT and Toshiba have announced that the two companies will build and trial the commercially available quantum-secured metro network. The brand-new network will connect sites in London’s Docklands, the City and the M4 Corridor, and will provide data services secured using Quantum Key Distribution (QKD) and Post-Quantum Cryptography (PQC).

The new network, which is the commercial trial of a quantum network infrastructure, will be operated by BT, who will provide a range of quantum-secured services including dedicated high bandwidth end-to-end encrypted links, delivered over Openreach’s Optical Spectrum Access Filter Connect (OSA FC) solution for private fibre networks. The QKD links will be provided using a quantum network that includes both core and access components, and will be integrated into BT’s existing network management operations. Toshiba will provide quantum key distribution hardware and key management software.

The pace of progress in Quantum computers presents an increasing risk to standard encrypted key exchanges, authentication and digital signatures; some estimates suggest that quantum computer enabled security attacks are possible within 5 years, and likely to occur within 10 years. Securing encrypted traffic is a pressing problem today, because data which requires long term security could be at risk of ‘store today, crack later’ attacks, in which the key exchange and encrypted traffic are stored now and broken when a sufficiently powerful quantum computer is available. QKD-based security is good because the key-exchange is secure against any computational or mathematical advance, therefore it is immune to any present or future attacks by quantum computers.

While BT and Toshiba have previously installed a point-to-point quantum-secure link between two commercial sites, deploying a full quantum-secured metro network environment with multiple endpoints requires new approaches to integration and management. Building on the BT and Toshiba point-to-point solution for the Bristol-based NCC (National Composites Centre) and Centre for Modelling and Simulation (CFMS), this new network will extend the solution to serve multiple customers across a wide metropolitan area.

London is an ideal environment to deploy and trial this technology thanks to the density of customers whose data is extremely sensitive and requires utmost security, such as financial and legal institutions. The two companies’ initial focus will be to provide trials for enterprise customers who are carrying sensitive traffic (such as database backups) between sites, and to explore potential future offerings such as encrypted links and “quantum keys-as-a-service”.

Toshiba launched commercial products for QKD, manufactured at its Cambridge site, in the latter half of 2020. These offer the highest key rates (1,000’s of keys per second) and longest range of any commercially available fibre QKD system. Toshiba’s innovative multiplexing compatibility allows the data and the quantum keys to be transmitted on the same fibre, eliminating the need for costly dedicated infrastructure for key distribution. Toshiba will also supply network key delivery and management software that enables end-to-end protection of data across the network.

Howard Watson, CTO of BT, says, “BT and Toshiba have established a global lead in the development of quantum-secure networks. We’re excited to be taking this collaboration to the next level by building the commercially operational quantum-secured metro network in London. Secure, robust and trusted data transfer is increasingly crucial to our customers across the globe, so we’re proud of the role our Quantum R&D programme is playing in making the world’s networks safer as we enter the dawn of a new age of quantum computing.”

Taro Shimada, corporate senior vice president and chief digital officer at Toshiba Corporation, comments, “Our partnership with BT will allow us to offer organisations quantum-secured network services which protect their data from retrospective attacks with a quantum computer. We are delighted to work with BT, with its long heritage of delivering secure, trusted networks. This network paves the way for commercial QKD services in the UK and eventually beyond.”

BT has led the industry in the development of QKD networks, techniques and applications. In 2017 it conducted its field trial of QKD integrated into a secure optical communications network. Across 2018-19, it ran a second QKD trial on a live network between Cambridge and its Adastral Park R&D campus in Ipswich, at that point the link in the UK Quantum Network. Last year BT conducted customer trials with NCC of QKD over 10G Ethernet.

As well as collaborating with BT last year on the installation of the industrial quantum-secured network, which transmits data between the NCC and CFMS, Toshiba has achieved numerous milestones through its extensive research into quantum technology at its Cambridge Research Laboratory.

Most recently, in June 2021, the company announced the demonstration of its long distance Twin Field QKD system over optical fibres exceeding 600 km, which was achieved through its pioneering dual band stabilisation technique. The combination of multiplexed QKD using existing infrastructure for metro networks, alongside conventional and Twin Field QKD for longer distances, paves the way for a commercially viable quantum-secure network in the UK.