Telcos cash in on their data centre prowess 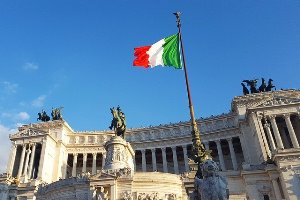 Telecom Italia has signed a deal worth up to €900mn

The data centres of leading telcos are proving to be a real financial boon as services companies push to grab a bigger piece of the evolving cloud market. Business technology journalist, Antony Savvas takes a look at the opportunities being created.

The likes of Telecom Italia, Proximus and Deutsche Telekom are among the latest telcos to realise the financial potential of the data centre infrastructure they have built up over the years, with the demands of hybrid cloud, edge connectivity, Internet of Things (IoT) and 5G services attracting companies outside the telecoms space into their facilities to support new markets.

In the case of Telecom Italia, it has just signed a potential €900 million deal with various partners to help deliver an Italian public sector cloud to support the data sovereignty and security needs of the Italian government.

It is partnering with state lender CDP Equity, defence group Leonardo and state IT services company Sogei to support the needs of a public-private cloud data initiative, with Telecom Italia holding a lucrative 45% stake in the new delivery company being created.

The telco will play the central role of providing at least four updated data centres in two locations of the country, as the government seeks to put more data into the cloud while avoiding having to rely on US public cloud companies to do it.

The initiative is part of the Italian Recovery and Resilience Plan, with prime minister Mario Draghi previously saying that digitalisation will play a key part in Italy’s economic recovery after the pandemic.

If Telecom Italia can get this one right, it could be in line for quite a lot more data centre business going forward.

The fact that the firm owns the Sparkle international data centre interconnectivity company also means it is in an ideal position to tap into cross-border initiatives too. This is particularly true in the European Union area, as the bloc wants to see member states generally rely less on US cloud firms when it comes to storing and managing citizens’ data.

As part of the arrangement HCL will operate and maintain Proximus’ private cloud data centres. It will also convert its enterprise business unit into a provider of hybrid cloud solutions using public cloud services from the likes of Amazon, Microsoft and Google, among others.

The pair said the partnership is set to be fully operational from next February, with Proximus estimating the agreement will lead to a reduction of around 20% in the total cost of operating its cloud infrastructure.

As part of the deal, at the beginning of next year, it will receive €71 million in cash from HCL and its financial and technology partners for the current Proximus data centre cloud infrastructure. And HCL will be responsible for updating the systems used for delivering hybrid cloud services going forward.

Guillaume Boutin, CEO of the Proximus Group, says of the deal: “In addition to the economies of scale that the agreement brings, it will allow us to enrich our knowledge, our best practices, our tools, our experience and our expertise in the field of cloud delivery.”

While HCL will no doubt make sure it gets its fair share from the new business being generated, it seems like a clever move by the telco, in terms of cashing in on assets, saving on capital expenditure costs going forward and sharing the operational costs when it comes to going after new cloud services business.

These deals come after Deutsche Telekom subsidiary T-Systems recently signed an agreement with Google Cloud to build a sovereign German cloud to support the needs of German enterprises, the German public and health sectors and international firms that store data in Europe.

Their deal will see the partners build new data centre capacity and other infrastructure, with T-Systems acting as a “gatekeeper” for the data, making sure the systems are managed in line with the European General Data Protection Regulation (GDPR) and other compliance demands organisations have to work to in Germany.

Significantly, the pair are looking to offer similar cloud sovereignty services in both Austria and Switzerland, further demonstrating the key role that telcos can play in delivering new and secure cloud-based services.

While telcos in their own right are doing their best to protect their positions in the changing market, there is always room for international efforts to help create a level playing field.

The European Union and the US government formed their joint Trade and Technology Council this June, and they have just held their first joint meeting in Pittsburgh, Pennsylvania.

It’s an important initiative for the telco space as the two sides have agreed to work together on 6G and other network standards, digital taxes, new AI (artificial intelligence) technologies, data security and supply chain issues, not least around the global shortage in semiconductors.

US big tech companies such as Amazon, Google, Apple and Facebook are currently seen as having advantages when it comes to lighter regulation and taxation, when compared to European technology companies, including telcos, so this is a major area the EU wants to address.

The fact that a large chunk of US big tech content travels “over-the-top” on telcos’ networks to reach customers, and those content providers are lightly controlled, has been an irritant for many European telco CEOs.

The first meeting of the joint Council agreed to set up various working groups to look at the key issues, and their bilateral work should be closely followed.