Cloud-native vs legacy telco architectures: the pros and cons 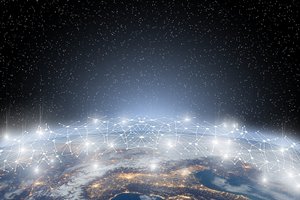 Cloud-native architecture is a concept that originated in the IT industry but is being quickly and widely adopted by telcos. RtBrick’s CTO Hannes Gredler looks at its potential to overcome the limitations of legacy systems in the networking business.

The tech industry uses the term cloud-native to describe several different functions and technological advances. The Cloud Native Computing Foundation (CNFC) claims that “cloud-native technologies empower organisations to build and run scalable applications in modern, dynamic environments such as public, private, and hybrid clouds.” This approach is exemplified by software containers, microservices, open hardware, and consumer-driven APIs. If the telco world wants to truly comprehend the benefits of cloud-native, we need to start from this same place.

For years, large monolithic infrastructure has dominated the telco sector, but as the impact of the pandemic is still being felt, operators are now reviewing how they deploy and operate their networks. Telco technology has remained largely unchanged for decades, leaving the area ripe for innovation. Enter disaggregated, cloud-native networks, which provide operators far more flexibility and scalability than their predecessors. The TIP Initiative, for example, has formed a global community of companies that aim to speed up the development and implementation of open, disaggregated infrastructure, offering high-quality connectivity for years to come.

So, what are the benefits?

Cloud-native architecture offers enhanced functionality, which allows for reduced downtime and streamlined deployments. When a new function or update is required, a corresponding microservice is supplied by the software developer, which updates or adds the respective feature within milliseconds, without interrupting the service. This ensures that processing, updating, and restarting speeds are all 20 times faster than with conventional router operating systems, preventing unnecessary downtime. This ability to deploy updates quickly without disruption is essential in the post-pandemic ‘new normal’.

Limitless scalability is another key benefit of going cloud-native. Not only does cloud-native architecture offer a more streamlined approach for updates, but it scales to near ‘infinite’ potential. Disaggregated routing software has increased the performance of IP networks to new levels, so now they even surpass the capabilities of traditional chassis-based routers. This performance step-change has been achieved by programming the underlying off-the-shelf hardware to run multiple parallel processing threads. These high-performance switches are a fraction of the cost of traditional routers, and enable a more ‘cloud-native’ approach, giving telcos the flexibility to run software from any vendor.

In the telco world, we are no strangers to navigating unexpected demand peaks and troughs. Having the ability to increase or decrease resources as needed is vital if we are to continue providing stable networks in what seems like an increasingly unstable world.

For operators using on-premise physical infrastructure, scaling capacity can take weeks or months. Plus, it usually carries a heavy price-tag and involves some form of downtime. Cloud-native systems can scale within seconds to meet the demands placed on them, enabling all operations to be more agile and responsive.

What about the drawbacks?

We’d like to say that there aren’t any, but truth be told, just like any other innovation out there, making the leap to network disaggregation does bring its own challenges. First off, since it’s a new generation of technology and infrastructure, training and investment is desperately needed to develop a more advanced cohort of cloud-native telco engineers. We’ve spoken before about the cavernous skills gap in this area.

Most operators can see the benefits of a cloud native strategy, such as increased flexibility in deployment, field service rollout, and cost savings. They are, however, hampered by tens of thousands of operational personnel who, rather than looking forward, have been taught to tackle problems from the past. Consider what would happen if the electric car business announced, “We designed this cool electric car, but you need to go elsewhere to buy the engine or the batteries that power it.” This is exactly what’s happening right now with disaggregation in the telco industry. But we’ve been here before in the computing industry, where hardware and software once came from the same vendor, and we’ve reaped the rewards of separating the two in to open compatible systems.

Compared to older legacy fixed networks and hardware, cloud-native engineers must understand how container architecture functions to allow microservices and APIs to work together in a loosely coupled approach, for maximum flexibility and development agility. These cloud-native engineers must also know how to operate routing software that turns bare-metal switches into IP/MPLS carrier routers, often in different areas of the network, such as broadband access, edge or core. For engineers in this new world, bridging the gap to the new cloud-native environment will not be an easy job. Training, experience and investment are required across the entire industry to upskill these workers before the potential of cloud-native in telecoms can be realised.

In the past two years, the demands placed on the telco industry have changed dramatically, and will likely continue to do so.

As hybrid work and education, e-commerce, streaming and online banking all become more ingrained in our day-to-day lives, customers won’t tolerate even the most minimal downtime or drop in speed. That’s why the scalable nature of cloud-native architecture is such an attractive prospect for further investment. We can never be sure that another unpredictable surge in demand for bandwidth, like the one brought about by the pandemic, won’t happen again.

Telcos are going to have to fundamentally change the way they operate and deploy their networks and infrastructure if they are to successfully navigate this rapidly changing landscape.