The world can be SHAKEN: Service providers and regulators move to tackle the robocall challenge 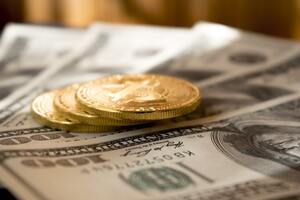 Jeremy Cowan, VanillaPlus: Robocalling is a global problem that affects every person. What are some of the current processes being implemented to mitigate this?

Michael O’Brien, iconectiv: Robocalling is a global epidemic that affects every corner of the world. In 2020, North America and Europe received a total of 157.4 billion robocalls. This year, American consumers alone have received nearly 22 billion in the first five months, with this number expected to reach more than 52 billion by the end of the year.

Recognising the far reaching and growing problem, government officials, service providers and the supplier community are addressing this with robocall mitigation and anti-spoofing initiatives that will help address the problem for consumers while protecting legitimate communicators by authenticating their calls.

The industry has launched technologies and initiatives like Verified Sender, STIR/ SHAKEN and Registered Caller to mitigate the inundation of messaging and calling fraud. These solutions help providers and law enforcement better identify, understand and target robocalling operations.

VanillaPlus: The U.S. recently passed its deadline for all eligible carriers to register for SHAKEN tokens. Can you tell us about the verification frameworks like STIR/ SHAKEN that service providers are implementing to authenticate calls?

After the June 30th deadline, most mobile, residential, enterprise and landline service providers were required to implement STIR/SHAKEN in the Internet Protocol (IP) portions of their networks and join in the battle against illegal robocalls. However, some carriers were exempt from this initial deadline and will have until 2023 to implement the protocol. (More information on this from the FCC can be found here.)

These specifications offer a framework designed to mitigate illegal and unwanted robocalls by combining a trusted caller ID authentication process with an automated traceback capability. Together, STIR/SHAKEN will be used to verify the accuracy of the calling number information and identify where the robocalls are coming from, which will help recognise and block nuisance calls and spoofing much more quickly than ever before.

VanillaPlus: Now, looking beyond the U.S, the FCC recently announced a measure that may unintentionally prohibit traffic from foreign providers. Can you tell us more about that?

This measure has the potential to block legitimate overseas calls if service providers do not meet the requirements by the deadline and are not registered in the RMD. It is recommended that all foreign voice service providers register in the RMD in order to avoid telephone calls being blocked.

Many foreign voice service providers, however, use a network of intermediate service providers to transmit calls, which can complicate identification of the originating foreign operator where a U.S. service provider might not be able to confirm the service provider’s RMD status and, therefore, could not accept the call. In addition, foreign service providers should be aware that passing the RMD check alone is not enough as that will not impact call analytics, which determines how calls are treated by Terminating Service Providers (TSP) and identified to consumers.

Calls with STIR/SHAKEN digital signatures can both identify the foreign service provider to enable the RMD verification, as well as provide a level of attestation that enables call analytics to recognise whether the calling party info has been authenticated.

VanillaPlus: What is the potential impact from this measure on businesses and consumers?

MO: There are many parties that could be affected. For example, offshore contact centres may be acutely impacted by this policy change, especially those who rely on making calls to U.S.-based customers since these calls usually show a U.S. caller ID. Likewise, for international businesses that frequently interact with U.S.-based businesses and consumers, the possibility of having legitimate calls blocked can result in both financial consequences and operational challenges.

Others that could potentially be impacted include Americans traveling abroad whose calls back to the U.S. might not go through, leaving them out of touch with family, friends and colleagues. Further to this, legitimate calls from international businesses and consumers may get blocked or labelled as spam, despite their authenticity. This could create a myriad of subsequent problems for many in and out of the U.S.

VanillaPlus: Verification is a critical element of safeguarding consumers. Are there any other strategies that businesses can adopt regarding cross-border calls?

MO: It is vital for businesses to keep customer engagement channels open and operating effectively. International businesses must seek to have all their calls attested at the highest level possible with the originating foreign service provider to ensure the greatest likelihood that their calls are not blocked or mislabelled by a U.S. service provider and get the best answer rates. Other approaches include suppressing the U.S. caller ID altogether, although this is far from an ideal solution.

VanillaPlus: As we know, voice is not the only channel fraudsters exploit. Could you walk us through other ways businesses can protect the integrity of their consumer engagement channels, from voice to text and data?

MO: The mobile channel is consumers’ preferred method for handling complex or sensitive financial matters however, 88% of business calls go unanswered because of the eroded trust caused by robocalls including phishing. Fraudsters encroach on other mediums as well, whether they’re pretending to be banks, big e-commerce businesses or retailers, sending billions of spam text messages to unassuming consumers.

Nevertheless, there are solutions complementing the STIR/SHAKEN framework that businesses can use to protect the integrity of their channels. Registered Caller, for example, provides trusted and legitimate enterprises with a streamlined, cost-effective process for registering U.S. phone numbers on a single, industry-backed platform.

In addition, GSMA’s Verified Sender capability verifies the identity of businesses when they use chatbots to send Rich Communication Services (RCS) messages to consumers. TruNumber Protect, a technology that allows service providers to block many types of fraud and suspicious activity through a comprehensive database, is cutting down on one-ring call scams and similar messaging fraud.

Everyone stands to benefit when people pick up their phones

Ecosystem preservation is key to regaining and safeguarding consumer trust. More than 85 billion spam phone calls are placed globally each year, which costs trillions in lost business and productivity. At the same time, Americans alone received a staggering 7.1 billion spam texts in June. Keeping the communications ecosystem safe for consumers and attractive for business is an objective we all share, as everyone stands to benefit when people pick up their phones.

Michael O’Brien is responsible for executing on the company’s strategy and driving new pathways of sustainable growth for the company. An experienced industry veteran, O’Brien has more than 30 years of experience in the mobile communications industry. He most recently served as group vice president of strategy and corporate development at Syniverse, where he focused on product and geographic expansion to support the company’s strategic priorities.

O’Brien was recently named one of the Top 25 Most Influential People in the Roaming and Interconnect Industry by Rocco Research. He holds a Bachelor of Computer Science Degree from the University of Virginia, School of Engineering and Applied Sciences.