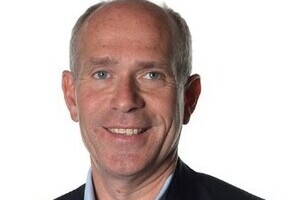 A recent study by Analysys Mason commissioned by Qualcomm and Ericsson on the status, costs and benefits of 5G millimetre-wave (mmWave) deployment in Europe identifies that mmWave spectrum in Europe might provide connectivity for mobile broadband users in public mobile networks, 5G fixed-wireless access (FWA) services into homes and offices, and a wide range of other consumer, enterprise and industrial uses.

The study finds that mmWave spectrum might be especially useful in locations where volumes of data traffic from mobile devices are particularly high such as outdoor coverage to address mobile data demand at stadiums, large events, festivals and tourist sites, or indoor coverage for music halls or within homes and offices.

Building on earlier studies, Analysys Mason is of the view that there is a significant net economic benefit to deploying 5G mmWave primarily together with 3.5GHz and other existing mobile spectrum in Europe, but also standalone, across a wide range of scenarios for outdoor or indoor coverage.

For each of the use cases modelled, the estimated benefit is between 5 and 20 times greater than the estimated cost assuming that mmWave is built on top of a ‘base-case’ enhanced mobile broadband (eMBB) network deployment. Aggregating across all the use cases modelled that will use mmWave, Analysys Mason estimates a total GDP benefit (to 2040) of more than €140 billion (cumulative), for around €20 billion of cost, across thirty European markets (EU27 plus Norway, Switzerland and the UK).

As part of the study, Analysys Mason spoke with several fixed, and mobile, operators in the European market and elsewhere, to gather views on how mmWave spectrum might be deployed, and to validate modelling assumptions.

Stakeholders highlighted that mmWave can be used to maximise capacity within mobile networks (since frequencies can be re-used more intensively without co-channel interference occurring) as well as to allow for more flexibility to address different uplink and downlink capacity requirements.

Interviews also highlighted that 5G mmWave technology has shown its capability to provide high capacity in trials and in commercial systems deployed to date. Multiple mmWave networks have now been deployed globally on a commercial basis, with European markets in the process of catching up with these deployments.

European MNOs commented that further European deployments (as well as non-European deployments in countries such as Australia and Brazil) will help to build the mmWave equipment and device ecosystem. The study concludes that further progress on mmWave licensing in European markets in line with the targets set in the European Union’s 5G Action Plan (5GAP) will build further certainty and take-up in the mmWave ecosystem.

Commenting on the study, Janette Stewart, partner at Analysys Mason, says, “This study demonstrates the importance for European regulators to complete 5G licensing in all of the bands identified at an EU level”.

Wassim Chourbaji, senior vice president, government affairs EMEA, Qualcomm Communications S.A.R.L., commented, “It is clear from the report that deploying 5G mmWave alongside sub-6 5G deployments will bring significant positive economic impact to Europe. We are encouraged to see the positive progress made thus far in Europe to award 26GHz mmWave spectrum. It is clear however that there is much work to do to catch up with other regions around the world that are seeing the benefits of commercialising 5G mmWave services.”

Ulf Pehrsson, VP and head of government and industry relations at Ericsson stated, “With close to 90 Ericsson live 5G networks across 5 continents and more in the pipeline, our experience shows that leading markets offer availability of 5G spectrum in all frequency ranges (low, mid and high).

Europe has indeed harmonised spectrum in the three ranges and we urge nations to release the spectrum to pick up market speed. In particular, the millimetre wave is key to deliver very high capacity in dense areas and a wide range of industrial use cases. Its deployment building on enhanced Mobile Broadband existing deployments is key to bring the economy up post-covid19, as shown in this report.”