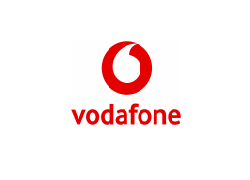 Vodafone will offer the KDG shareholders cash consideration of €103 for each outstanding KDG share. Vodafone has received irrevocable undertakings from entities advised by the D. E. Shaw group, by Elliott Advisers (UK) Limited and by UBS O’Connor LLC to accept the Offer for all of their KDG shares, representing approximately 17.1% of the share capital of KDG. Following completion of the Offer, Vodafone will own at least 93.8% of the outstanding share capital of KDG.

The Offer is beneficial to Vodafone and will:

Background to the offer

Vodafone announced its intention to acquire KDG in June 2013 via a voluntary public takeover offer. The offer settled and completed in October 2013, with Vodafone owning 76.8% of KDG. Subsequently, Vodafone entered into a domination and profit and loss transfer agreement (the “DPLTA”) in December 2013, taking effect on 1 April 2014, which allowed the integration of Vodafone Germany and KDG.

In accordance with German law, the Put Option price increases every year based on a formula of: German base rate plus 5% less dividends paid. Consequently, the current effective cost of funding for Vodafone is 4.12%, which is significantly higher than its borrowing cost. The Put Option Price as at 30 September 2020 was €92 per KDG share.

Other relevant aspects in relation to the Offer