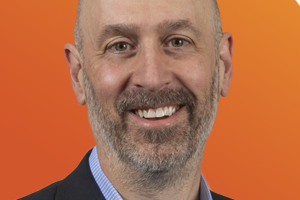 Amid the growing demand for mobile broadband services, mobile operators are facing CAPEX and OPEX implementation challenges by offering new coverage or capacity to their end users.

Open RAN is an industry approach to defining and building 2G, 3G, 4G and 5G RAN solutions based on a general purpose hardware and software defined technology with open interfaces between components. Open RAN enables mobile operators to mix and match radio, software, and server providers, offering provider diversity, flexibility in deployments, and reduced TCO. Open RAN CAPEX is projected to reach more than $ 40 billion (€33.70 billion) and represent total RAN spending of more than 50% by 2026.

The announcement follows the Vodafone Group’s commitment to use Open RAN technology for at least 2,600 sites in the UK. It is the largest commitment to Open RAN made by any European carrier. Open RAN promises to help build and expand wireless networks in the regions that Vodafone serves, and to provide next-generation digital services to end users, communities and businesses.

Didier Clavero, CTO, Vodafone Ireland, says, “Offering OPEN RAN sites is a pivotal moment in providing mobile coverage to rural communities in Ireland as this pioneering new approach reduces costs, increases flexibility and enables users to new providers support the expansion of Vodafone’s mobile network in hard-to-reach areas. Focusing on the North West region to begin with, we will continue to identify communities across Ireland where we can more economically introduce access to voice and high-speed data using the new technology.”

Keith Johnson, COO, Parallel Wireless, says, “The telecommunications industry is demanding open and flexible networks to reduce implementation and maintenance costs. We are pleased to be working with Vodafone Ireland to enable an open ecosystem of unbundled RAN solutions based on open interfaces and O-RAN standards, helping to expand coverage quickly and cost-effectively and have a positive impact on end-user lives with Open RAN. ”