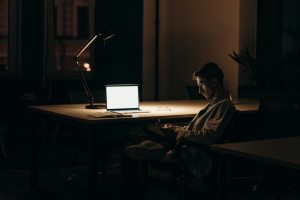 A study of global online traffic by shows the whole world is staying logged on later at night and enjoying a lie in before starting work in the morning. So says a study in five countries by privacy protection company Surfshark.

Virtual Private Network (VPN) providers have a unique insight into global web traffic as their servers track usage in multiple countries allowing them to monitor patterns in how people are working in countries from Australia to Canada. And the massive spike in home working caused by the coronavirus pandemic has meant more people are installing VPN software to protect confidential business networks as they work remotely.

The figures show that compared to pre-lockdown, people across the UK, the USA, Germany, Australia, and Canada have been going to sleep and waking up later than usual.

The new data has been collated by privacy protection company Surfshark. It indicates spikes in use from midnight to 3.00a.m. that were not present before the COVID-19 outbreak.

“Due to the aggregated anonymous data that we collect, we are able to compare how people behaved pre-COVID-19 to the current trends, and we have seen some interesting changes in their habits,” says Naomi Hodges, the cybersecurity advisor at Surfshark. “Weekend VPN usage has mainly remained the same; however, from the aggregated data alone, it is apparent that people have been behaving differently during the working days.”

With some variations, the Coronavirus outbreak has given a significant boost to VPN usage. While precise hours vary, new peak times are emerging, and a clear trend of night owls is present across the UK, the US, Germany, Australia, and Canada.

People are staying up later – either to work or to play games or watch movies. However, it seems that the lockdowns have all but eliminated early birds. People around the world have been enjoying a lie in and typically not going online until 0800 or 0900.

The data shows people remain the most productive during the daytime. On the other hand, there’s no clear lunchtime lull as people are able to either eat at their desks or vary their breaks. There’s also been little change to weekend patterns, which shows that not even a pandemic can change the way people spend their off time.

In addition to that, peak times are now virtually gone. Instead of more people connecting in the evening, now the connection rates remain relatively even from morning to night, with only slight fluctuations that largely depend on a specific country in question.

The UK is waking up and staying up later

Since March 23, when the UK went into a full COVID-19 lockdown, the average connection counts grew by 60%. It’s a considerable jump, far more than the 15% growth which had been expected.

There are clear patterns concerning working times. Early mornings saw a 25 to 34% decrease, while daytime grew by 10-30%, and nights from midnight to 3 a.m. increased by 25%. Going by these numbers, it is clear that people stay up longer than usual, and in turn, they start their working day later.

The United States is starting work later, but sleeping less

In April, the vast majority of the USA went into full lockdown. It was expected that this situation would make VPN usage grow in the US by approximately 20%; instead, it surged by 56%.

Although with slight variations from the United Kingdom, the US saw very similar patterns: people are staying up longer, and sleeping in; although in general, Americans are sleeping less than before the pandemic hit.

On March 20, Bavaria went into a full lockdown – the first of Germany’s federal states to do so. The average connection counts increased by 52% since the nationwide quarantine, although it was expected only to see a growth of 26%. 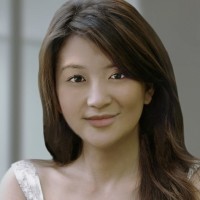 Australia is sleeping in and staying up late

Since closing non-essential businesses on March 23, there was a 58% growth in VPN usage. That’s a massive difference from the projected 14%, showing that many Australians probably started remote work and self-quarantine earlier than many other nations.

It’s no surprise that their connection counts dropped in the early morning hours, from 4:00 to 8:00 a.m. Another pattern we have already seen is a significant increase in usage late at night between 11:00 p.m. to 2:00 a.m. in Australia.

Canada is where VPN usage grew the most

During the past two weeks, VPN usage in Canada has increased by a huge 64%, compared with expected growth of 19%. That suggests a high number of companies taking their operations online.

Just like in the other analysed countries, Canadians have lower connection counts early on from 5:00 to 8:00 a.m. They are also staying up late, and there has been a considerable increase in connections through the night.

These new patterns have emerged during the unprecedented experience of global lockdowns. It’s difficult to predict whether we will see huge growth in remote work, although Twitter is setting a new example.

Twitter CEO, Jack Dorsey has announced that all employees are welcome to work remotely even after the end of the lockdown. This sets a new precedent for more and more remote work, especially in industries where being physically present is not crucial.

It remains unclear how many companies will follow suit, but currently it’s evident that operations haven’t come to a full stop in many offices.

“Telecommuting does present its own unique challenges, and even if more and more companies are to adopt it in the future, it’s unlikely that it will continue as it has during lockdown. There are probably stricter on and off-hours to be expected, as the current habits are also affected mainly by the fact that most people are not leaving their homes very often,” concludes Hodges.