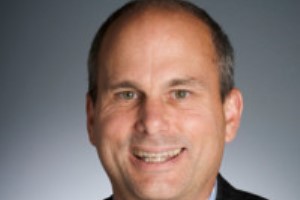 5G Americas, the wireless industry trade association and voice of 5G and LTE for the Americas, urged the National Telecommunications and Information Administration (NTIA) to accelerate its process for opening up the 3100-3550 MHz mid-band spectrum for commercial wireless use, citing an urgent need for increased spectrum resources to maintain U.S. leadership in 5G.

NTIA manages spectrum allocated to U.S. federal use, such as that used by government agencies and the Armed Forces. However, the 3100-3550 MHz “mid-band” spectrum band is an important resource that offers both bandwidth and coverage capabilities for the operation of many commercial wireless uses – especially for 5G.

Like many international wireless organisations, 5G Americas does not believe the 100 MHz initially assessed by NTIA in the 3 GHz band will provide enough spectrum for commercial wireless use. In comments to the Federal Communications Commission on a proposal to repurpose 3300-3550 MHz for commercial wireless use, Chris Pearson, president, 5G Americas said, “The 100 MHz considered in NTIA’s feasibility report is not a sufficient amount of spectrum to enable the U.S. to lead on 5G.”

In its letter, 5G Americas requests NTIA to conclude its evaluation of the entire Lower 3 GHz Band in the immediate term so that the commercial wireless cellular industry can begin to analyse the study. Specifically, 5G Americas urges the following.

5G Americas reiterated the need for additional wireless spectrum resources to weather the combined challenges imposed by COVID-19-related “Work From Home” social distance policies and high-speed broadband demands, as well as the increased economic activity that will be generated by the economic recovery.