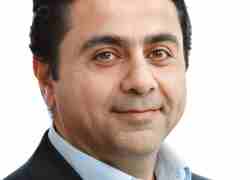 Businesses believe that 5G will be the most revolutionary network evolution yet, but they still have concerns about the technology’s security. This is according to the results of a global study from Accenture.

Based on a survey of more than 2,600 business and technology decision-makers across 12 industry sectors in Europe, North America and Asia-Pacific, the study found that four in five respondents (79%) believe that 5G will have a significant impact on their organisation including 57% who believe that it will be revolutionary. In contrast, only one-quarter (24%) of respondents said they believed that 4G’s impact was revolutionary.

However, this optimism doesn’t eclipse security concerns around 5G, which have grown slightly over the last year. Specifically, more than one-third (35%) of respondents in the most recent survey expressed concerns around the security of 5G, compared with 32% in last year’s survey. In addition, more than six in 10 respondents (62%) in the latest survey expressed fears that 5G will render them more vulnerable to cyberattacks, and businesses believe that most of the risk will begin at the user level, whether that’s devices or people.

“The link between 5G and its perceived security risks is complex,” says George Nazi, senior managing director and communications and media industry lead at Accenture. “According to our study, executives believe that 5G can help secure their businesses, but that 5G network architecture also presents inherent challenges in terms of user privacy, number of connected devices and networks, and service access and supply chain integrity.”

The survey suggests businesses are thinking ahead to how to deal with these challenges, with three-quarters (74%) of respondents saying they expect to redefine policies and procedures related to security as 5G emerges

The cost of accommodating the changes that 5G will bring is also weighing on business leaders’ minds. In particular, the cost of operationalising 5G is a hot topic, and four in five respondents (80%) believe that the cost of managing their IT infrastructure and applications will increase. Meanwhile, nearly one-third (31%) still think that the upfront cost of implementing 5G will be too great.

In addition, the study found that businesses are beginning to realise that they require external support to unlock 5G’s potential. For instance, nearly three-quarters (72%) of respondents said they need help to imagine the future possibilities for connected solutions with 5G, and the percentage of businesses expecting to develop 5G applications in-house has dropped over the last year, from 23% in the prior-year survey to 14% this year.

The survey findings indicate that, despite the challenges of 5G, the future looks bright for businesses embracing the technology, with businesses globally recognising its huge potential. The benefits are numerous, and awareness of them is growing. For instance, 85% of respondents said that they expect to use 5G to support mobile employees in the field within the next four years, up from 68% who said the same in last year’s survey.

“With the right business strategy and ecosystem collaboration, the signs point towards a world of compelling 5G use cases and business outputs,” adds Nazi. “Communications service providers should act now to ensure they are at the heart of the 5G ecosystem to unlock the potential growth.”

On behalf of Accenture, Loudhouse Research conducted interviews with 2,623 business and technology decision makers in December 2019 across 12 industry sectors in the United States, the United Kingdom, Spain, Germany, France, Italy, Japan, Singapore, the United Arab Emirates and Australia. The aim was to develop an accurate picture of business’ understanding of 5G, how they have adopted it so far, and what they perceive its potential impact to be. The interviews featured questions repeated from research published in 2019 conducted in November and December 2018 about the same topics, taking a deeper dive into security, consulting and monetisation this year.