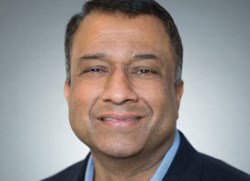 Pluribus Networks, a specialist in open networking and controllerless software-defined networking (SDN) automation, has expanded its distributed cloud portfolio. According to the company, this enables telecom service providers to expand data centre infrastructure to the central office, extend their cloud service offerings and accelerate network automation.

Pluribus’ mission is to simplify distributed cloud networking by providing a high-performance solution that fully automates and unifies Linux-based open networking, SDN, network virtualisation and granular network analytics into a single, cost-effective solution that is designed and tested to work out of the box. The architectural approach to the Pluribus Netvisor ONE OS and Adaptive Cloud Fabric (ACF) is unique in that it is “controllerless”, where all software modules are containerised, distributed and designed to leverage the processing power and memory resources built into the open networking data centre switches themselves.

Traditional solutions require many external servers; controller software licenses; CPU software licenses; and hardware-based probes, taps and packet brokers that typically need to be replicated site by site. The Pluribus Adaptive Cloud Fabric eliminates the need for most of the external hardware and software required by these traditional approaches, dramatically reducing complexity and cost and optimising for constrained edge environments. 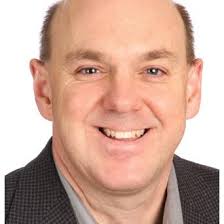 “As the cost and complexity of disaggregated networking have decreased and the functionality and performance have improved, service providers have taken a keener interest in deploying the technology in their central offices and other edge environments. That said, distributed cloud environments, such as modernised central offices, have a specific set of requirements related to operational complexity, cost constraints, space limitations, and power attributes. Pluribus and Celestica have collaborated closely to deliver a disaggregated software-hardware offering that responds to the extensive and exacting needs of these increasingly important distributed cloud environments,” says Brad Casemore, research vice president, Datacentre Networks, IDC.

Randy Clark, director, Platform Solutions at Celestica adds, “We are excited to work with Pluribus as we bring the new Seastone2E and Edgestone platforms to market. The combination of Pluribus’ exciting software innovations and Celestica’s purpose-built Edgestone platform creates an ideal solution for the challenging network requirements of highly distributed cloud and edge computing.”

“Throughout 2019, Pluribus has been extending the Adaptive Cloud Fabric’s capabilities to support emerging edge computing and distributed cloud architectures with greater scalability, automation, and market-leading network slicing functionality,” comments Kumar Srikantan, CEO of Pluribus Networks. “We are happy to enable telcos, mobile network operators and cloud service providers that are moving aggressively to the edge to smaller more compact environments with a network fabric for distributed clouds.”