All smartphones are not created equal, says Opensignal report 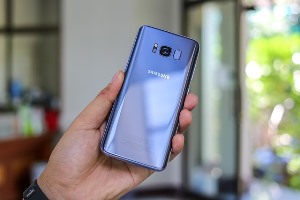 Just as different smartphones offer a variety of camera qualities or screen sizes, they also differ in the network communication features which enable faster download speeds and smoother video streaming. So says Opensignal, a mobile analytics company, which has for the first time quantified the experience of users with different kinds of smartphones in 73 countries globally.

In its news report, How the smartphone affects mobile network experience, it analyses the three largest smartphone makers by shipment volume — Apple, Huawei and Samsung. The report highlights the degree to which high-end smartphone users experience a faster mobile connection than those users with mid-range or low-tier smartphone models.

Among the three largest smartphone makers, Apple users were faster in 17.5% of countries. And in the remaining 48% none of the three were fastest although Huawei users were joint-fastest in seven countries.

In those counties the download speeds iPhone users experienced were 14.7 Mbps and 8 Mbps faster than Samsung users’ speeds.