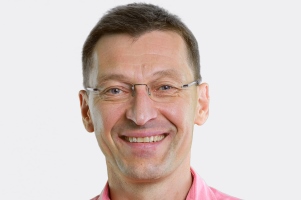 Pekka Rantala has been appointed as CEO of ePassi, a Finnish fintech company specialising in mobile payments. Rantala will begin in his position in October 2019.

Rantala moves to his new role from HMD Global, where he has served as executive vice president and chief marketing officer. Finnish ePassi is the pioneer in mobile payments for fringe benefits, as well as in other mobile payment services.

ePassi is currently used by tens of thousands of service providers and hundreds of thousands of consumers in Europe. Financial Times’ annual FT 1000 list has placed ePassi among the fastest growing European companies. The company has now appointed Rantala to strengthen the growth and internationalisation of the business.

”We are the market leader of mobile payments for employee benefits in Finland and Sweden. In Europe, the fringe benefits for lunch, sport, culture and public transportation tickets are mainly handled with vouchers or plastic cards, and that is where we see a huge potential for growth. We believe that with his wide network and knowledge of the global market Pekka will help strengthen our position in Europe”, says ePassi’s founder and current CEO Risto Virkkala.

”In addition, the transitional period of EU’s Payment Services Directive will end in September 2019. Latest after that the banks will provide access to their interface for the Fintech companies. This will enable mobile wallets to be connected directly to bank accounts. Due to this change, ePassi mobile payment services will have a wider market than before, and we wanted to have Finland’s best expert to lead the company”, Virkkala states. He will continue to give his full support to ePassi as the chairman of the board.

ePassi’s customers include public organisations, private entrepreneurs, small and medium enterprises, listed companies and companies of the municipal sector. ePassi is in partnership with companies such as Finnair, Alipay, Whim, WeChat Pay and Nordea.

”As an industry, mobile payments is on the verge of tremendous growth, and ePassi is the forerunner in this transformation. At heart, I am a globaliser of Finnish brands and have e.g. twice been part of putting the Nokia phones on the world map. Now it is time to utilise my expertise in ePassi’s international growth. It’s an exciting challenge, and I also expect to be learning a lot in this new position”, says Rantala.

Rantala will also take a step towards entrepreneurship, as he becomes one of the owners of ePassi.

”I became interested in ePassi most of all because it is an excellent service and product. It has all the prerequisites for rapid growth and internationalisation. In recent years, my interest in entrepreneurship has grown and this new angle will also bring even more excitement to my new position”, continues Rantala.

1994–2011: Nokia, most recently responsible for worldwide marketing of Nokia phones