How the information age can tackle crime in street-smart cities 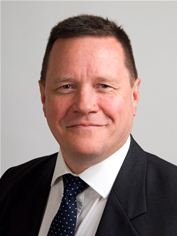 A new age has begun. Smart city technology is surging through the veins of the UK, tackling crime and driving technological prosperity to make our world a better, safer place, writes Chris Mason, director of sales EMEA at Rajant.

But what is a smart city? Covering many different bases from transport to movie streaming, smart cities are exactly that, smart. They use information and communication technologies to increase operational efficiency and utilise public information to improve the quality of government services while promoting citizen welfare.

But why are smart cities important to the UK? In England, the number of knife crime offences, for example, has risen to the highest level since 2010 and the recorded number of hate crimes has also increased. Smart cities can combat crime by using technology such as the advanced CCTV camera operation by Eyevis UK, which has been accredited for use as a smart city solution. The video wall optimises the surveillance and detection capabilities of the defence force, by allowing the operations centre to operate and manage at a city-wide level, as well as allowing for multi-viewing use. The CCTV capabilities of London are already unrivalled, but with solutions like this, the surveillance is taken one step higher.

But the smart city surge isn’t just UK-wide. The US has implemented strategies for targeting gun crime, through an innovative technology called ShotSpotter. The technology is helping law enforcement throughout America by allowing it to detect the precise location of illegal gunfire. The technology uses acoustic sensors that are activated by the sound of gunfire outdoors and triangulate to pinpoint the precise location of each round fired in merely seconds. This development is vital to promoting public health and safety, as officers are now able to respond faster to the scene of gunfire, helping victims and gathering evidence quicker than ever before. It has proven its use in recent years, helping Atlantic City to achieve a 35.4% decrease in gunfire violence from 2014 to 2015.

Data is the commodity enabling smart city applications. Observational data from cameras and sensors are as important as operational data about the technologies themselves. Details about performance, such as power supply, must be continuously monitored remotely to avoid failures. To keep mission-critical data safe, secure and continuously flowing, Kinetic Mesh networks are integral.

Kinetic Mesh networks have been developed to seamlessly integrate with existing communications infrastructure to support highly varied users, user demands and mobility. There is no question that cities need networks that can satisfy a dense and broad range of varied and sometimes unique applications, all of which are becoming more mobile and can include individualised citizen input. Utilising Kinetic Mesh lowers total ownership costs and management complexity while helping to drive economic growth. The technology can also fully interoperate with point-to-point, microwave, wired, and traditional mesh networks, allowing districts to retain their current infrastructure and add to it a powerful connectivity solution that addresses growing mobile demands.