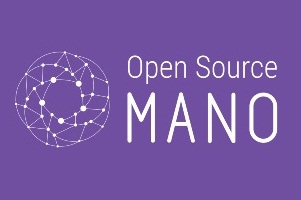 ETSI is excited to announce the availability of OSM Release FIVE. This new Release is a huge step towards 5G network deployments and their end-to-end orchestration by telecom operators. In Release FIVE, OSM extends its orchestration capabilities beyond virtual domains, expanding them across transport networks; as well as physical and hybrid network elements.

All this is done in a technology-agnostic fashion, enabled by the enrichment of its existing plugin framework towards transport technologies and a consistent modelling of Network Functions.

“With six releases in its two years and a half, OSM has proven to be an extremely agile vehicle for evolving an Information Model and the associated stack to provide Network as a Service in a completely automated fashion. With Release FIVE, OSM has become an essential engine to orchestrate 5G services end-to-end, and we see it as key component for Telefónica‘s virtualisation program, UNICA” states Juan Carlos García, SVP Technology and Architecture in Telefónica.

OSM Release FIVE has embraced a new micro-service architecture to facilitate the integration of an impressive number of new features, making Release FIVE an ideal choice for 5G scenarios, distributed and Edge deployments, and any kind of Network as a Service (NaaS) offer.

In addition, Release FIVE includes significant enhancements in terms of user experience, such as a brand new GUI-based Composer for network functions and services, an improved dashboard for logs, metrics and alarms, and much faster start-up and responsiveness.

While continuing the alignment and feedback to ETSI NFV, this Release brings significant improvements in terms of maturity, supported use cases, reliability and design-time tools, allowing the modelling and operation of all kinds of complex network services.