Opportunity for the channel with SD-WAN tech, as 1 in 4 surveyed cite poor vendor support 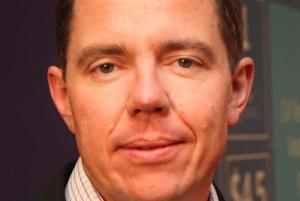 We spoke to 410 IT and networking professionals working in EMEA to find out more about the barriers and drivers that are shaping their attitudes towards SD-WAN.

While we spoke to end-users for this research, it revealed some interesting insights for the EMEA channel community. There seems to be an increasing opportunity, as businesses in EMEA overwhelmingly turn to SD-WAN, despite a lack of education and skill.

Although adoption levels in EMEA might be trailing behind the US and APAC, a quarter (26%) already have SD-WAN, and just less than a third (32%) are in the process of deploying it. Just 7% have no SD-WAN plans at all. This leaves 18% who will deploy in the next few months and 14% who are considering SD-WAN: a key area of opportunity for channel partners to leverage.

Will there be any losers?

Now, we all know that organisations only have so much budget to go round. As more of that budget is used for SD-WAN, other areas will naturally reduce, as evidenced by the fact that the majority (57%) of EMEA respondents think their investment in broadband services will go down. This was also reflected for MPLS services (62%) network security appliances (60%), routers (63%) and WAN optimisation appliances (62%). With this shift in networking, channel partners will need to account for the future shortfall of sales for these solutions.

Who’s in the SD-WAN driving seat?

Well, it might not be who you think. The IT C-Suite (CIO, CTO, CISO etc) is driving more than a quarter (28%) of EMEA deployments, diverging from the rest of the world, where the IT networking team drives the majority (29%). In general, decisions seem to be made higher up the chain in EMEA, as the CEO drives 8% of SD-WAN deployments, ahead of the US (5%) and APAC (7%). These are clearly the decision makers that the channel needs to get in front of during the SD-WAN sales process.

A lack of education reigns

Despite its clear success, the EMEA region seems to suffer from a particular lack of SD-WAN education. Less than a third (32%) totally understand SD-WAN, falling far behind the US (57%) and APAC (41%). Perhaps it’s a case of being modest, but it points to an opportunity for the channel nonetheless.

This perceived lack of education is leading to a lack of internal skill and understanding to deploy SD-WAN, highlighted by more than a third (34%) of EMEA respondents as the main issue following its deployment. For those who haven’t yet deployed the technology, a lack of internal skill is cited by three in ten (30%) as their biggest barrier, with a quarter (25%) not knowing enough about SD-WAN.

Poor vendor support cited as an issue for 1 in 4

While the vast majority (98%) of those who have already deployed SD-WAN have benefited, as with any project there have been some teething problems. An issue cited by 24% is poor vendor service and support. Given that EMEA organisations themselves have a lack of SD-WAN expertise, training and knowledge, it’s unsurprising that they’d look to their vendor to offer this support. For channel partners, this is definitely worth taking into consideration when choosing which SD-WAN vendor to work with.

So what is the answer?

We’ve clearly got a long way to go before EMEA organisations are confident implementing and managing SD-WAN. However, our research suggests that training is the key to getting them there. Almost two thirds (64%) believe there’s currently not enough SD-WAN training in their organisation. Added to this, nine in ten (91%) think technical support and consultancy is important when looking for an SD-WAN solution.

For the channel, this means ensuring that your SD-WAN packages come with a high level of consultancy and support, and working closely with vendors to make this happen. How many partners out there are already offering SD-WAN training? This could be another revenue avenue to branch out into.

Ultimately, it’s our responsibility as an industry, vendors and channel partners alike, to come together and better educate and train organisations around SD-WAN so that they can develop the skills inhouse. Before then, we will all need to bridge the knowledge gap by offering a high level of support and consultancy around all SD-WAN solutions.

The author of this blog is Chris Ross, SVP international of Barracuda Networks.