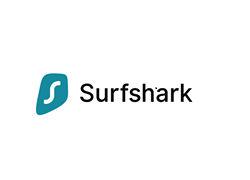 Users of Apple Mac devices can now get their hands on a lightweight Surfshark privacy protection app which its developers say offers “seamless connectivity”. Besides forward-thinking encryption, the app comes with a CleanWeb feature to secure Mac devices from phishing attacks, malware, block trackers, and ads.

Surfshark for macOS is based on an IKEv2 security protocol which reportedly guarantees speed, top-notch protection, and longer battery maintenance cycles.

“This app is noticeably more lightweight than most VPN apps in the App Store. To achieve this, we polished the user interface and implemented the latest encryption technologies as well as coding techniques,” says Magnus Steinberg, Surfshark’s chief technology officer. “In order to make privacy protection accessible for everyone, one has to get rid of unnecessary things. With our MacOS we focus on great user experience while taking care of all the technicalities in the back-end.”

One of the core premises of the app is seamless connectivity. Unlike many other virtual private network services, Surfshark for macOS guarantees instant access to any of the chosen servers in the world. This is achieved by using a progressive IKEv2 security protocol establishes the connection several times faster than a widespread OpenVPN protocol.

“As additional functionality, we added CleanWeb feature which improves browsing experience by wiping the web of annoying ads and malicious websites. It also improves loading speeds of pages in browsers which is especially relevant for users with slow internet connection,” explains Magnus Steinberg.

Surfshark for macOS can already be found in the App Store, while its standalone version will soon be available to download from the company’s official website.

A no-frills Surfshark software creates a robust privacy protection shield using modern encryption methods. All the internet traffic sent to and from devices using Surfshark is strongly encrypted and protected from tracking or surveillance.

It is claimed to be the only VPN provider for macOS which allows unlimited simultaneous connections, meaning that one Surfshark subscription can be used to protect many devices at the same time.