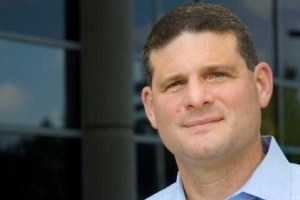 Oracle has received Federal Information Processing Standard (FIPS)-140-2 validation for five of its Enterprise Session Border Controllers (E-SBC). FIPS-140-2 is a standard for cryptographic modules protecting sensitive information in computer and telecommunication systems for U.S. government and military use.

With this validation, government agencies and customers in highly-regulated industries can utilise Oracle’s E-SBCs to enable the security, privacy and integrity of real-time communications traffic passing through their networks.

“Oracle has a history of securing real-time communications and the FIPS 140-2 validation reinforces our reputation for delivering purpose-built, industry leading products that can defend against a myriad of cyberattacks,” said Doug Suriano, senior vice president and general manager, Oracle Communications.

“We are proud to have met this high standard so we can continue to help customers protect their most sensitive information — whether a government agency, federal contractor or an enterprise operating in a highly-regulated industry.”

Jointly operated by the National Institute of Standards and Technology (NIST) and the Communications Security Establishment of Canada, the Cryptographic Module Validation Program administers FIPS 140-2 validation, which has become the standard for regulated industries such as finance, healthcare and utilities.

Oracle E-SBCs can protect IP communications networks from new and evolving security threats such as Shellshock, POODLE, Heartbleed and BEAST.  These FIPS 140-2 validated Oracle E-SBCs can now be procured by U.S. federal agencies, including the Department of Defense (DoD):

“While FIPS 140-2 is applicable to  U.S. federal agencies for cryptographic modules, it is becoming widely viewed by non-government sectors as the preeminent security benchmark,” said Johna Till Johnson, CEO of Nemertes Research. “Obtaining FIPS 140-2 demonstrates the ability to provide a compliant and secure network offering that can help customers mitigate dangerous cyber threats, and protect valuable assets.”