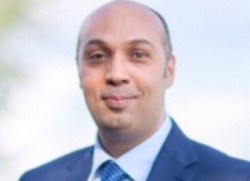 InterDigital, Inc., a mobile technology research and development company, and other members of the 5G-CORAL consortium recently conducted their first 5G trial at Global Mall Nangang Station Store in Taipei, Taiwan.  The trial was significant in demonstrating how 5G can effectively work across a modern end-to-end network deployment — from the cloud down to the extreme network edge — to advance the next generation of connected services.

Members of the 5G-CORAL consortium, including Adlink, Azcom, Ericsson, InterDigital, ITRI, NCTU, RISE, Telecom Italia, and UC3M, participated in the trial. Together, they showcased how a distributed and virtualised computing hierarchy can be relatively simply deployed using dense low-cost fog nodes at the extreme edge of the network (in the mall) connected to a sophisticated remote data centre approximately 100 km away in Hsinchu City.

The trial demonstrated several applications such as Augmented Reality (AR), Virtual Reality (VR) and edge cloud robotics delivered in a real-world environment over the 5G-CORAL integrated fog and edge virtualised radio access network solution. The series of demos exhibited how 5G can effectively work across multiple tiers of virtualised and distributed computing.

“5G is about more than just radio and speed,” said Alain Mourad, director, InterDigital Europe. “It’s also about cost savings and flexible deployment to bring ultra-high speed and ultra-low latency services into as many applications as possible. That may be its most important contribution, long-term. We’re excited about the potential of fog and edge computing along with 5G to create smarter wireless solutions and enable new services – some even yet to be imagined. By distributing more intelligence to the fog and edge, this 5G-CORAL trial is charting a course towards micro-services-based networks that can optimise for specific use cases and local environments such as the mall.”

The keys to the demo: low cost and ease of deployment. The 5G-CORAL trial employed low-cost fog and edge nodes in the mall that were easily deployed and automatically controlled along with their interaction with the remote high-cost data centre. The low cost of the nodes – some under $500 (€442) – contrasts with current network architectures requiring multi-million-dollar data centres and complex deployment and management.

Participants and passersby at the mall were able to view the following demonstrations: