Who’s most likely to suffer from device damage? 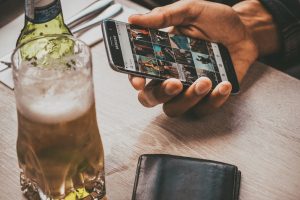 We all know what it feels like to get a new phone: opening the box to reveal that shiny new device with its sleek, untouched screen. It’s a safe bet you also know the flip side of that feeling, too, says Jon Mikow, Fortegra’s VP Wireless:  those horrific moments when that shiny device slips out of your hand and you discover just how fragile it really is.

And, funny thing, for most people it often doesn’t take long to go from one feeling to the next. On average, consumers damage a new device within just 10 weeks of removing it from the box. Not only can this kind of mishap be a shock to the system, but it isn’t a cheap fix either. In fact, device repairs cost Americans around $10.7 billion (€9 billion) a year!

So, how can consumers make it to week 11 and beyond, preventing these incidents from occurring? Well, some self-awareness is a great place to start. While anyone can experience a mobile mishap, certain demographics are a little more prone to device damage than others. If you’ve got a customer who falls into one of these categories, you may want to suggest they add a little extra protection to their next purchase.

Teenagers always on the go

It’s no secret that many teenagers have become addicted to their mobile devices. On average, teens spend nine hours on their phones each day, and many feel they can’t live without it as some 50% claim that they’d rather break a bone than break their phone. However, despite their heightened concern, teens are still 16% more likely to damage their devices than their older counterparts.

Why? Well, an argument can be made that the type of lifestyle teens commonly live is a contributing factor. From contact sports and pool parties to numerous other activities, a device that’s always on the go faces an increased risk for damage.

Men and the back-pocket blues 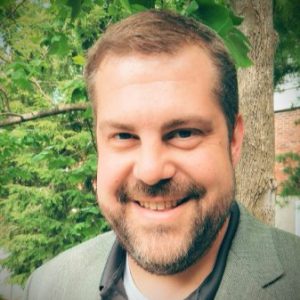 Liquid damage ruins more than 11% of smartphones every year. In fact, it’s one of the most common ways to damage a device—and it happens that it plagues men more often than women. What’s to blame here, fellas?

Sporting events are a classic American pastime. From the boys of summer to autumn’s gridiron heroes, millions of people gather to watch games each year to cheer on their favourite teams. With passion—and often alcohol—coursing through their veins, many fans get lost in the moment, letting their guard down in a setting that’s not the safest place for a wireless device.

Caught up in the intensity, 12% of fans have thrown their device while watching a sporting event. Some throw their phone while at the game and others throw it at the TV – either way, it doesn’t end well. Oh, and not to be left out, liquid damage makes an appearance on the stat sheet thanks to more than 13% of sports fans dropping their device in a beer! Talk about a buzzkill.

From fits of passion to trips to the toilet bowl, mobile devices are exposed to all types of hazards. If you’ve got a customer who falls into one of these three demographics, they’re at a much higher risk for damages that could cost a bundle out of pocket. Luckily, there are additional protection options you can provide to give them an extra layer of security and help them save a lot of cash in the long run.

The author of this blog is Jon Mikow of Fortegra