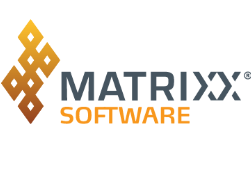 Matrixx Software has added three key executives, and appointed a new board member, as part of its growth and global expansion.

Matrixx Software is reportedly seeing accelerated adoption of its proven, multi-patented digital commerce platform around the globe. Across mature and developing markets, mobile service providers are embracing the platform to deliver rich customer experience and on-demand digital commerce. Matrixx is now said to be on track to grow 60% in 2018, including expanding its presence in the Middle East, Africa and Asia.

The growth of the executive team boosts Matrixx’s ability to deliver innovation and success to its customers. Martin Savitt, a 20-year veteran of providing software companies, joins as chief revenue officer. Bill Highstreet brings more than 30 years of Silicon Valley tech experience to his position as VP of operations and chief of staff, and Terry Wong shares 20+ years of global HR strategy in her new role as VP of human resources. In addition to the new executive hires, Matrixx has appointed Software-as-a-Service (SaaS) veteran Dave Yarnold to its board of directors.

“Building on our explosive growth requires finding leaders who add new capabilities and expertise, while sharing in the vision and values that have gotten us where we are today,” said Dave Labuda, founder, CEO and CTO of Matrixx Software.

“With the addition of Martin, Bill and Terry, we not only gain new executives with proven track records of success, we gain colleagues who can help us continue to deliver on the commitment to customer success that has been an essential foundation of the company. The addition of a leader like Dave Yarnold to our impressive board of directors is yet another vote of confidence in our ability to compete and win against entrenched players around the globe.”

Newly appointed chief revenue officer, Martin Savitt will lead worldwide sales operations for Matrixx Software as the company penetrates new markets and enhances its existing customer engagements. Prior to joining Matrixx, Savitt was the CEO of Resolve Systems, where he transitioned the company to a full suite enterprise SaaS platform for IT, network and security incident response and automation. Savitt expanded the company’s reach outside of telecom to large national and multinational enterprises, built out a network of channel partners and delivered 115% compound annual growth rate (CAGR). 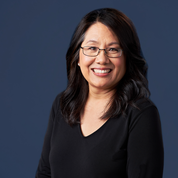 “As operators seek out innovative ways to succeed in today’s marketplace, Matrixx is well positioned to continue to raise the bar for what digital commerce can and should be,” said Savitt. “I am excited to share the breadth of my experience in sales and partner engagement with the Matrixx ecosystem, and to help Telcos around the world achieve a new level of market success.”

Board member Dave Yarnold comes with over 30 years’ experience leading some of the world’s most successful and fastest growing cloud companies. Most recently, he built ServiceMax into the world’s most trusted field service solution, overseeing its acquisition in 2017 by GE Digital for $1 billion (€0.87 billion).

As VP of operations and chief of staff, Bill Highstreet will work with the executive leadership team at Matrixx to achieve operational goals while also driving cross functional initiatives. He joins Matrixx most recently from Hewlett Packard Enterprise, where he focused on driving operational performance improvements.

Terry Wong, VP of Human Resources, will help Matrixx manage its global growth. She joins the company from Nimble Storage, acquired by Hewlett Packard Enterprise, where she was hired as the first HR professional for the company and helped take the 150-member team to 1,300 across 25 countries. Wong also oversaw the company’s successful IPO and subsequent acquisition and transition to an HPE company.