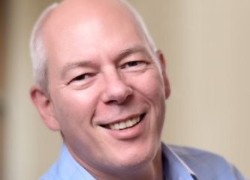 ETSI is pleased to announce the availability of OSM Release FOUR. Bringing a large set of new features and enhancements, this version is the most ambitious and innovative OSM Release to date and constitutes a huge leap forward in terms of functionality, user experience and maturity.

This new Release brings substantial progress thanks to a number of architectural improvements, which result in a more efficient behaviour and much leaner footprint – up to 75% less RAM consumption. Additionally, its new northbound interface, aligned with ETSI NFV work, and the brand-new cloud-native setup, facilitate OSM’s installation and operation, while making OSM more open and simpler to integrate with pluggable modules and external systems, such as the existing OSS.

New functionalities of OSM Release FOUR are particularly relevant from a usability and interoperability perspective:

“ETSI OSM is a growing community which includes many Global Service Providers, leading IT/Cloud players and VNF vendors who drive OSM’s roadmap on a use-case basis. A growing ecosystem of commercial OSM distributions and a large number of OSM-ready VNFs are key indicators of the success of ETSI OSM in terms of market relevance and adoption,” says Francisco-Javier Ramón, chairman of ETSI OSM group.

“We are excited to be a part of the OSM MANO community,” said Adrian Cockcroft, vice president of Cloud Architecture Strategy at Amazon Web Services (AWS). “OSM MANO makes it easy for our customers to orchestrate network functions across on premise and AWS cloud resources.”