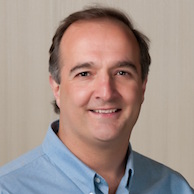 5G is getting significant airtime as companies from across the sector start to plan and share their ideas on critical steps they are taking to roll-out the next generation technology for mobile communications, writes Brian Lavallée, the senior director of portfolio marketing at Ciena.

The excitement and optimism surrounding 5G is understandable, as it will completely transform the capabilities of today’s networks, enabling lower latency, greater data rates, and support more connected devices than ever before.

According to the GSMA, there will be 1.1 billion 5G connections globally by 2025, at which time GSMA Intelligence projects that 5G will cover one third of the world’s population. To truly grasp the benefits, it’s important to clarify the differences between current technology and the projections for 5G. In comparison to existing 4G LTE networks, 5G is expected to offer up to 100x higher user data rates, 100x more connected devices, 10x reduction in latency, 1000x more data volume, and a perceived network availability of 99.999%.

What many consumers are most thrilled about is the prospect of faster download speeds on advanced mobile devices, but what they may not realise is that that this is only half the picture. Once the wireless signal is received by a cell tower, it then jumps onto optical networks, to travel, typically all the way, to the data centre hosting the accessed content. Without these optical wireline networks, the significant performance increased promised by 5G simply cannot be realised.

Therefore, with the marriage of wireless and wireline network improvements providing guaranteed end-to-end performance, we can expect to see opportunities opening up for exciting new applications across the mobile communications sector. In addition, via network slicing – the logical partitioning of a single physical network into multiple virtual networks, each with its own end-to-end performance guarantees – operators will be able to open up new applications and associated revenue streams alongside a significantly improved end-user – man and machine – experience.

Looking at the bigger picture, 5G is poised to unleash game-changing applications like remote robotics control, autonomous self-driving cars, and untethered augmented/virtual, to name just a few, that will change how all of us go about our day-to-day business and personal lives.

Moving to 5G – next steps for operators
Despite the temptation to think of 4G as a ‘soon to be dead’ technology, it’s important to treat 5G and 4G as complimentary, as 5G is not intended to outright replace previous generations of mobile technology.

In fact, we will have several more years of healthy 4G growth, with millions of new connections to be added globally. Even when 5G does start to roll out – most likely in a select group of countries such as the US, China, Japan and India, it won’t replace 4G. Instead, 4G and its multiple variants (LTE, LTE-A, and LTE-A Pro) will still play a key role in mobile networking for many years to come – particularly for less bandwidth-heavy and latency-sensitive use cases. This means operators need to plan for both 4G today and 5G tomorrow, as both will coexist and share same network resources for the foreseeable future.

More importantly, the process of upgrading existing networks is expected to be long and complex. Despite the numerous field trials announced over the past year, most fell under the pre-5G classification, as industry standards had still not been agreed upon. When the 5G New Radio (NR) Non-Standalone (NSA) standard was approved last December, it finally allowed MNOs and vendors to begin testing standards-based wireless technologies before wide-scale 5G deployments will commence, with vigour.

However, for operators, this means that their wireline networks – interconnecting radios to data centres where accessed content is hosted and everything in between – must undergo a process of modernisation, to maximise data transmission capabilities, minimise latency, improve reliability, and scale to tens of billions of machine (IoT) if the full promise of 5G to be successfully and reliably commercialised.

Prepare for tomorrow, today
Building infrastructure to support 5G will be a massive undertaking. For most operators, the journey is going to take many years before the bulk of their network is updated, similar to when previous generations of mobile technology came to market. However, because of the extended timescale, it’s important that operators begin planning their wireline upgrades now to make the necessary improvements to speed up the process of transforming their networks and to remain highly competitive going forward.

As operators continue to scale their networks for ongoing 4G adoption – much of which will fund future 5G deployments – it is critical to take expected 5G performance requirements into account to avoid costly, risky, and time-consuming rip-and-replace scenarios in the future, which no operator wants or can afford.

We know that for the foreseeable future, 4G and 5G will coexist and share much of the wireline network from cell sites to data centres where access content is hosted, and everything in between. Therefore, operators must consider the bigger end-to-end picture across both wireless and wireline domains and plan well ahead to ensure that all infrastructure development meets the needs of the current 4G environment, whilst strategically fulfilling the requirements of the 5G networks of the not so distant future.