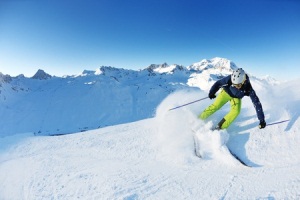 Kurka will be participating in the alpine skiing event which starts on March 10 and continues throughout the Games.

At his most recent appearance with Team USA, Kurka won a gold medal in men’s downhill skiing at the 2017 World Para Alpine Skiing Championships in Tarvisio, Italy.

“I’m extremely excited about the Games and I feel stronger than ever before,” said Andrew Kurka. “Netcracker has played a major role in helping me get to where I am today, having supported me for so many years. I am proud to wear their logo as I compete for my country.”

Netcracker has been sponsoring Kurka at Adaptive Spirit since his first appearance at the competition in 2015.

“We are so proud to be a part of the Paralympic dream and, in particular, our industry’s support for such an important and inspiring cause,” said Sanjay Mewada, chief strategy officer at Netcracker. “We look forward to watching Andrew and his teammates compete in South Korea.”