Is a certain level of fraud an acceptable cost of doing business? 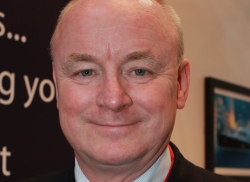 Every business, in every area, risks being a victim of fraud. High profile issues such as cyber-attack or DDoS get the headlines, but often it is simpler issues that cause the biggest threat. For the supermarket, it is theft from the shelves or the stolen credit card.

Office-based businesses face loss of data to employees or expense fiddling. Entertainment and leisure businesses such as pubs or restaurants may expect a certain volume of stock to disappear.

A significant problem for the industry

For the mobile network operator, like any other business, fraud is a hazard of business, but what level of fraud is acceptable? The most recent figures from the Communications Fraud Control Association (CFCA) are from 2015. These estimate that, whilst fraud in the communications industry fell 18% between 2013 and 2015, the total cost of fraud stands at more than $38 billion (€32.33 billion). As a percentage of global revenues, fraud losses are approximately 1.69% of overall revenues, says Andy Gent, CEO of Revector.

These figures are surprising for distinct reasons. 1.69% of revenues as loss may initially seem low but an Economist Intelligence Unit report, commissioned by Kroll in 2015, discovered that corporations on average lose 0.8% of revenue to fraud. It would therefore seem that the telecommunications industry is experiencing twice the average volume of fraud.

Whichever way you look at it, $38 billion (€32.33 billion) is an enormous loss to the industry. Faced with the need to invest in new infrastructure, deliver a return on investment to shareholders and increased pricing pressures, addressing the issues around revenue loss from fraud should be a significant priority for the executive teams of service providers.

A change of emphasis?

This is where a change of focus can make an enormous difference. Often, I find operators believe that addressing fraud is achieved by creating a fraud department. However, if this department has neither the authority or the resources to investigate fraud effectively its existence is undermined from the start. Fraud issues go beyond the fraud department and impact on the whole organisation.

Most common frauds against service providers can be identified and ceased at a fraction of the cost of the lost revenue. Technology is increasingly able to play a critical role in identifying risk quickly and effectively and combating that risk in real time. Today technology facilitates the eradication of common frauds, identified by the CFCA report, such as interconnect bypass and international revenue share fraud, in real time. On average, investment in anti-fraud measures will offer at least a five-fold return.

This all leads me to believe that we are thinking about telecommunications fraud in the wrong way. We tend to think “how can we reduce fraud?” when we should really be addressing another question: “how would you like to generate another 1.5% revenue growth without any marketing costs and very minimal investment?” In other words, the battle to reduce fraud should not be the responsibility of one department, despite the excellent work that department will do, but front and centre for the CFO.