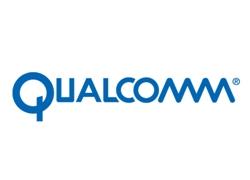 These royalties are for sales during the quarter ended March 31, 2017. Apple has indicated it will continue this attitude until its dispute with Qualcomm is resolved.

Don Rosenberg, executive vice president and general counsel of Qualcomm, said: “Apple is improperly interfering with Qualcomm’s long-standing agreements with Qualcomm’s licensees. These license agreements remain valid and enforceable. While Apple has acknowledged that payment is owed for the use of Qualcomm’s valuable intellectual property, it nevertheless continues to interfere with our contracts.

“Apple has now unilaterally declared the contract terms unacceptable; the same terms that have applied to iPhones and cellular-enabled iPads for a decade. Apple’s continued interference with Qualcomm’s agreements to which Apple is not a party is wrongful and the latest step in Apple’s global attack on Qualcomm,” Rosenberg added.

“We will continue vigorously to defend our business model, and pursue our right to protect and receive fair value for our technological contributions to the industry.”

This is part of a tit-for-tat dispute between the two companies in which Apple has already sued Qualcomm in China seeking damages of Yuan 1 billion (€135 million). The claim stems from allegations that Qualcomm has abused its market position.

Previously, Apple had filed another case in which it alleged that Qualcomm broke an agreement covering how Apple could use the technologies it had licensed. Qualcomm said at the time that it was ready to defend itself in court.