New data from analysts, Juniper Research, estimates that the number of original equipment manufacturer or OEM-Pay contactless users, including Apple Pay, Samsung Pay, and Android Pay, will exceed 100 million for the first time during the first half of 2017. It is then forecast to surpass 150 million by the end of this year.

According to the new research – Contactless Payments: NFC Handsets, Wearables & Payment Cards 2017-2021 – the combined market share of Apple, Samsung, and Google (via Android Pay), increased from 20% in 2015 to 41% in 2016, as a proportion of total mobile contactless payment users. Juniper expects that this will rise to 56% by 2021, as the trio’s combined user base exceeds 500 million.

Apple Pay and the US Wallet opportunity

The research found that Apple Pay, and the alternative wallets that have followed in its wake, are set to establish themselves as the primary contactless mechanisms of choice in the US. However, the challenge facing Apple and its rivals is to ensure that the infrastructure is in place for consumers to make in-store payments. 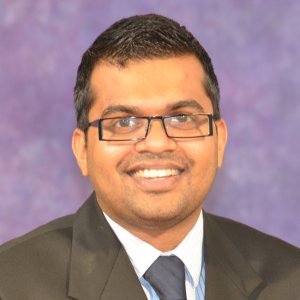 “We believe that as contactless usage gains traction and consumers/merchants recognise the speed and convenience it offers, then, as in European markets, there will be a further and significant increase in availability at the point-of-sale”, added the research author, Nitin Bhas.

HCE adoption to rise 5-fold over the next four years

The research found that 2015/16 were watershed years for HCE (Host Card Emulation) in terms of commercial service rollouts. Juniper estimates that at least 194 banks had introduced such services by the end of 2016. 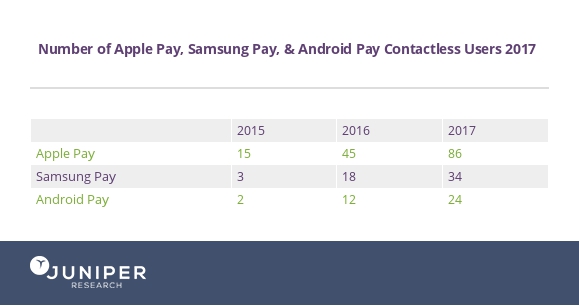 Juniper expects PayPal, already near ubiquitous in the online space, to rapidly deploy a portfolio of contactless payment and loyalty solutions that will allow it to compete effectively for market share.