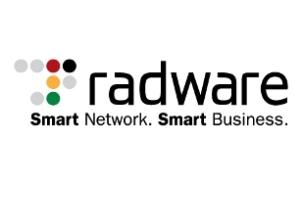 Radware®, a provider of cyber security and application delivery solutions ensuring the digital user experience for applications in virtual, cloud, and software-defined data centres, has found that hackers and companies agree on one thing: Data is lucrative.

Radware’s Global Application and Network Security Report 2016-2017 revealed that 49% of European businesses confirmed cyber-ransom was the #1 attack motivation in 2016, an increase of nearly 100% from the 25% recorded in 2015.

What’s more, 25% of European IT professionals surveyed said they were worried about a full or partial outage from cyber-attacks, 23% said data leakage or loss was their key cyber security concern, 18% said reputation loss, 7% were concerned with service degradation and 6% feared customer or partner loss.

Despite this rise, the study revealed that less than half of European businesses interviewed claimed to be well prepared to fight ransom attacks with 44% having no cyber security emergency response plan in place. Additionally, 77% said they didn’t have cyber-insurance for their business and only 5% keep bitcoins on hand for ransoms.

“The message from our report couldn’t be clearer: Money is the top motivator in the threat landscape today,” said Pascal Geenens, Radware’s EMEA security evangelist. “Attackers have expanded their skillset and are leveraging new tools in their attempts to access lucrative data. Whether it is a ransom attack to lock a company’s data, a DDoS smokescreen to facilitate information theft or a brute force attack to attempt to gain direct access to internal data, attackers have shown that unprepared businesses will be easy targets.

“We expect these attacks to continue to gain momentum as the Darknet becomes mainstream and offers relatively easy and affordable access to powerful tools and hacking services that can wreak havoc on businesses. The scope of attacks available will also grow due to the huge increase in unsecure IoT connected devices that reside in our homes, offices, and even on our person. Our report shows that most organisations are still not prepared to fend off many of the more sophisticated attacks or deal with ransom attacks.”

Key trends for 2017 from the report include:

“The intent of today’s threat actor is to develop the best tools possible to either disable an organisation or steal its data,” said Geenens. “While businesses focus on delivering the highest value to their customers, they will also have to stay vigilant and ensure they are able to meet the security challenges they will likely face. Security must be woven into the customer experience for a company to truly succeed. Without this change in thinking, organisations will remain vulnerable.”

Radware’s Emergency Response Team (ERT), which actively monitors and mitigates attacks in real-time, creates this annual report for use by the security community.

The ERT team compiles this report using a combination of data from a vendor-neutral survey of organisations, Radware’s in-the-trenches experience fighting cyber-attacks, as well as the perspective of third-party service providers. The goal of this report is to provide the industry with insights and best practices to help prepare for 2017’s security landscape.

To download the complete Global Application & Network Security Report 2016-2017, which includes the ERT’s predictions and recommendations for how organisations can best prepare for mitigating cyber threats in 2017 click here.