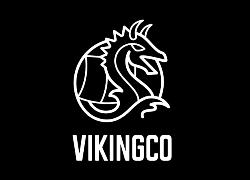 The two MVNOs are currently part of the Belgian media group MEDIALAAN. Signed a couple of weeks ago, the agreement was in preparation since February 2016, when the European Commission cleared the acquisition of mobile network operator Base by Liberty Global.

Remedies included a commitment to ensure MEDIALAAN could compete effectively as a full mobile virtual network operator. Based on its experience in launching over 150 MVNOs in Europe, Transatel was chosen to take on the challenge of establishing MEDIALAAN’s technical independence and success in delivering mobile telephony services.

Jacques Bonifay, Transatel CEO: “This project is dear to us, because it feels like a homecoming. We started our activity in Belgium back in 2002, and were actually, at the time, the first Belgian MVNO.

We were so successful in this country that by 2004, our revenues in Belgium were greater than those generated in France. After a boom in our development in France and the UK, it feels terrific to be back with such beautiful perspectives and important players in the market”.

Founded in 2000, Transatel is a telecommunications company offering technological services for activities ranging from mobile telephony to the Internet of Things.

Spanning the BtoB and BtoC markets, the company acts both as a mobile operator (mobile virtual network operator or MVNO) and as an enabler of mobile services (MVNO enabler or MVNE; aggregator or MNVA; Machine to Machine or M2M enabler).

Transatel delivers connectivity to over 1.7 million SIM cards. With close to 70% of its revenues generated abroad, the 180-strong company has offices in France, the UK, Belgium, Luxembourg, Switzerland, the Netherlands and the United States.