Our uninterrupted future: Roaming the streets of a seamless mobile access network – Part 1 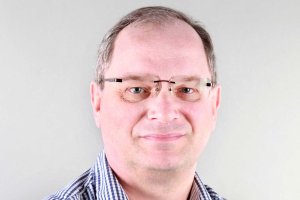 What if your smartphone or tablet could jump from a mobile carrier’s wireless network to a wireless computer network or hotspot automatically, giving you a seamless experience and an uninterrupted connection, wherever you might be? And, what significance does this development have on the advancement of smart cities?

Infrastructure is critical in making our cities smarter, and for the smart city concept to become a reality or at least more widespread – there are currently pockets where astonishing progress is being made – the network coverage we have in place will need to evolve dramatically. We therefore have a major challenge on our hands to deliver this dream, says Kevin Challen, lead consultant, Communications at Cyient.

Despite this however, there are a number of positive movements in the market that mean our smart city ambitions could be realised within years rather than decades. In the first of this two-part series, I explore the potential of a seamless mobile access network in the context of the UK’s smart city evolution.

Our changing mobile and urban environments

Traditionally, we have focused on two areas of connectivity – Wi-Fi (hotspots and home Wi-Fi) and wireless telephone technology – 2G, 3G and 4G environments, for instance. While these approaches have helped us meet our connectivity needs to date, they bring limitations when it comes to supporting smart cities. As well as increased bandwidth, connecting a city’s core functions – including information services, transportation, healthcare and education services – is incredibly complex to navigate.

The evolution of next generation networks, such as 4G and LTE, will lend further support to our evolving connectivity needs. For example, Qualcomm and Verizon are both exploring LTE-U, a system of wireless communications that uses unlicensed 5GHz spectrum to ease the burden on the major mobile carriers’ networks and provide higher capacity and coverage for a better user experience.

In the UK, for example, there are around 6m Wi-Fi hotspots, and that doesn’t include small cells, Pico cells, femtocells and cell towers. Utilising these would mean introducing a potential 6m devices into our seamless mobile access network.

Why is this a game changer? Operators will be able to offer consumers a more robust and seamless mobile experience with better coverage and faster speeds. Whereas before, mobile devices switched between Wi-Fi and Wi-Max, 4G and 3G, it is now possible for them to remain in LTE – plugging the gaps where there may previously have been in-building connectivity issues on 3G and 4G networks.

This is going to provide consumers with a consistent way of connecting to the network, which in turn, will support the evolution of smart cities. Suddenly, we’ll have an architecture that supports a smart network that you could seamlessly move around in any environment.

The introduction of small cells and Wi-Fi hotspots could be another way to fill the gaps that are associated with the interconnected infrastructure that is joining our cities and services together. Shared infrastructure will become critical as organisations come together to build out these structures. Mobile Towers and underground ducts, for example, will be seen as a shared resource rather than the preserve of a single service provider.

Looking further ahead, the level of sharing should be increased even more. We envisage fibre cables becoming a shared resource within multiple services from different providers operating over the same network elements.

Look out for my second part in this series, where I’ll be exploring the practicalities of a seamless mobile access network and who is set to benefit.

The author of this blog is Kevin Challen, lead consultant, Communications at Cyient.