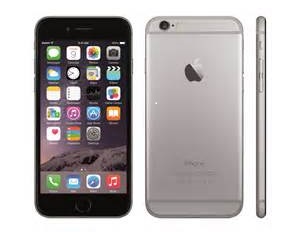 A first-of-its-kind iPhone hack was revealed late last week, less than a year after Apple told a US court that its smartphones are impossible to break into without a passcode. Unparalleled levels of hacker professionalism mean businesses need to take extra security measures to keep their data safe.

According to Norway-based app security specialists Promon, this is thought to have been perpetrated by a secretive organisation called the NSO Group, this is a high-profile example of how app providers and businesses need to stop relying on operating system providers or third parties to keep their data safe in the face of highly professional hackers.

The malware in question installs spyware on the device and is said to be  capable of jailbreaking an iPhone with just one tap of the screen. The alleged creator of the spyware, the NSO Group, possesses sophisticated cyber tools and talent. Unlike conventional hacking groups, Promon reports that it is valued at around US$1 billion and serves governments, intelligence agencies and armed services.

Lars Lunde Birkeland, head of Communication at Promon, says: “The presence of such groups as NSO proves that cybercrime is no longer purely the realm of shady, anonymous hackers, but also of government-backed agencies.”

“Until recently, iPhones were believed to be highly resilient to hacking, but cybercriminality has evolved into a multi-million pound industry. It is more professional than ever before, and the fact that an attack like this has already happened means it is only a matter of time until the next strike,” says Birkeland.

The rapid growth in the overall threat means cybersecurity has to be taken to the next level in order to combat the danger posed by highly talented, professional hackers, and Birkeland believes self-defending apps are the solution.

He continues, “This trend is potentially deadly for all businesses that are now more vulnerable than ever before. No operating system is 100% reliable, and the risks businesses expose themselves to, by leaving their own and their customers’ data without adequate protection, can have devastating consequences. Taking steps to shield your app from intrusions is a good place to start.”

The actions of hacking agencies serving democratic governments opens up a debate on their rightfulness, including violations of privacy rights and freedom of speech, Birkeland believes, and businesses are racing against time to protect these rights – it is imperative that they take steps towards safeguarding sensitive data before the next cyberattack.

Birkeland concludes: “With organisations such as NSO now well and truly in the frame, cyber threats have never been more alarming. Businesses need to embrace the tools they have at their disposal to stand the best possible chance of defending their data, or the shockwave from the next attack could be even more severe.”

Promon is a globally operating company with its head office in Oslo, Norway.