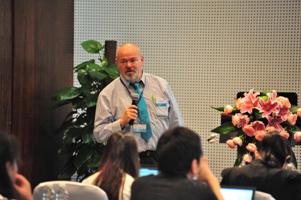 A new record of 540 mobile devices were certified through the Global Certification Forum in 2015. Continued growth in demand for smartphones incorporating LTE helped drive GCF device certifications higher than the previous record of 536 set in 2014.

During 2015, 47 manufacturers from around the world submitted devices for GCF certification in order to verify conformance with international standards and demonstrate their products will interoperate correctly and effectively across multiple mobile networks globally: GCF-certified devices give end-users and operators confidence that devices will function correctly when roaming internationally.

Nearly 70% of all mobile devices certified through the Global Certification Forum during 2015 incorporated LTE. Of 370 LTE devices certified, 369 supported FD-LTE and 113 supported TD-LTE. 82 devices were LTE-Advanced. GCF is actively extending the certification scheme to support the roll-out of Carrier Aggregation in the two- and three-downlink band combinations being requested by the market.

The proportion of devices incorporating LTE increased by 15% points compared with the 53% achieved in 2014. 87 LTE devices featured IMS Packet Switched Voice Support (VoLTE). 22 devices, all LTE-capable, were certified with native support for RCS.

For example, of the 369 devices supporting FD LTE, 301 (82%) also incorporated 3G UMTS. More than half of all devices, and 75% of LTE- & LTE-advanced capable devices, incorporated GSM, 3G UMTS, HSDPA and HSUPA as well as LTE.

At the start of 2015, GCF became the recognised certification body for CDMA2000 devices. A total of 34 devices (six per cent of all 2015 certifications*) incorporated CDMA2000. Confirming the importance of multi-mode devices, 56% of certified CDMA devices (19 models) also incorporated LTE, 3G UMTS and GSM.

More than 84.5% of all devices – 456 models – incorporated 3G UMTS. The proportion of devices incorporating GSM declined from 94% in 2014 to 87% in 2015. This continues a trend of gradual decline that has been apparent since 2010 as market demand has shifted towards data services which are more effectively delivered by 3G and 4G LTE. The start of CDMA device certification also contributed to the slight acceleration in the rate of decline.

A fifth of certified devices were modules designed to add mobile connectivity to an increasingly wide variety of other products such as laptops, vehicles, M2M/IoT, enterprise and consumer electronics devices.

“Bringing sophisticated multi-mode, multi-band devices to markets worldwide would be significantly more time-consuming and expensive without an industry-defined certification scheme,” said Lars Nielsen, GCF general manager. “Certification identifies devices that will meet the expectations of end-users and helps manufacturers target the global market by ensuring their devices can connect over diverse networks worldwide.”

Copies of the 2015 Device Analysis white paper can be collected from GCF at their Executive Meeting Room, 2EMR.D5, Hall 2 at Mobile World Congress.