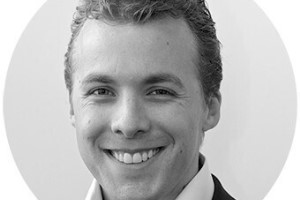 Preparing to put on a World Cup isn’t easy for any nation. This year’s host, Qatar, has a population of 2.9 million and expects to welcome a staggering 1.5 million football fans for the competition. There are many challenges in managing this spike in visitors one of which is ensuring telecommunications networks have the capacity to handle an influx of mobile users, says Mark Giles, lead industry analyst at Ookla.

This was a concern for the UK, for example, when it hosted the Olympics back in 2012. UK telecoms operator O2 suffered a major network outage just weeks before the games. Negative media coverage of the outage questioned the capacity of the UK’s telecoms network and its ability to handle the influx of network traffic that comes with hosting a major international sporting event. To avoid similar headlines in 2022, Qatar needed to ensure its telecoms networks had the bandwidth and capacity to meet increased network traffic as well as the expectations of football fans, especially of those accustomed to super-fast 5G connections in their home nations.

To meet this challenge, the Qatari state has executed a five-year strategy to ensure its networks are up to scratch. This has been a success, with the country seeing median 5G download speeds of over 400 Mbps today. The strategy has nurtured and encouraged competition in the nation’s telecoms sector to push 5G rollouts forwards. Qatar’s strategy is also testament to the important role competition plays in driving the evolution of telecoms networks around the world. So where did this strategy stem from?

The state steps in

This challenge, however, required more than just granting access to new spectrum bands. Qatar needed industry competition to drive 5G network improvements. At the time, Vodafone Group was consistently making losses from its Qatar subsidiary, and this, combined with its strategy to sell off shareholdings where it did not have a majority stake, led to its exit from the market in 2018. The state-backed Qatar Foundation, which had been a minority shareholder in the joint venture with Vodafone, took ownership of the operator.

The new owners put a turnaround strategy in place to improve the operator’s reach, network performance, revenue growth and customer acquisition rates. The strategy, evidently, is working with Vodafone Qatar’s market share climbing to 40% this year from 30% in 2017. The operator has seen a big increase in mobile connections and over half of its customers are now connected to the operator’s 5G network.

A long term strategy and an interventionist approach has helped establish a legitimate challenge to Ooredoo’s market leadership. But did this ultimately contribute to the Qatar state meeting its target to deploy commercial 5G networks in every densely populated area?

Competition in regional telecoms markets drives network improvements. Operators can’t afford to rest on their laurels if a competitor is closely matching them on network speeds and population coverage. Qatar is testament to the importance of competition. Since the state’s intervention to establish a legitimate challenge to Ooredoo, both Vodafone Qatar and Ooredoo have invested heavily in their 5G networks. They offer almost universal coverage and Qatar is now one of the leading markets globally in terms of 5G availability (that is the percentage of users with 5G-capable devices who spend a majority of their time connected to 5G networks).

The importance of Qatar’s leading 5G Availability cannot be overstated. In Q2 2022, it stood at 46.8%. For context, in Europe, according to the State of Digital Communications report published by the European Telecommunications Network Operators’ Association (ETNO), 5G mobile connections make up just 2.8% of all mobile connections on the continent.

5G speeds could be a factor in this disparity with more Qataris prompted to switch to a 5G device by the promise of world-beating network speeds. Qatar is third in the Speedtest Global Index of mobile performance today. For nations at the bottom half of the table, Qatar’s successes are worth noting.

The lasting legacy of network improvements

Many football fans visiting Qatar for the World Cup will likely enjoy a better mobile network experience in the country compared to their usual experience at home. This will be further enhanced by the bespoke efforts Vodafone Qatar and Ooredoo are making to support the World Cup with specialist network optimisation to support hotspots like fan zones and stadiums.

Qatar’s complicated but successful 5G rollout tells us that driving network improvements isn’t easy. Healthy competition, engaged regulators and long-term strategy are all needed to meet consumer expectations of a seamless network experience that’s strong whenever, wherever. The race between nations to offer the very best 5G network continues and industry, regulators and individual members of society all have a role to play in driving the change required.

The author is Mark Giles, lead industry analyst at Ookla.