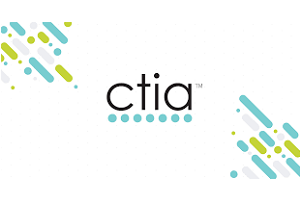 “A review of today’s CBRS marketplace shows that CBRS does not live up to the hype as the foundation of innovation and should not be a model for future spectrum policy,” says Roger Entner, founder and lead analyst, Recon Analytics. “Real-world studies show low utilisation, low market demand, and a dearth of innovative use cases.”

CBRS is a complicated spectrum management system created in 2012 to allow government and commercial users to share spectrum in the 3.5 GHz band. It was created to explore sharing as an alternative to auctioning spectrum for exclusive, licensed commercial use. Rights to use the spectrum are managed dynamically, with higher priority government users able to supersede the rights of commercial users who paid for priority access, and a lower tier of users with free access.

Recon Analytics conducted a comprehensive review of the publicly available information about CBRS performance, uses cases and market dynamics following the commercialisation of the band and found that:

In addition, the paper finds that exclusive-use, licensed commercial spectrum has succeeded in the areas where CBRS has fallen short. Wireless providers have increased their spectrum efficiency by 42% over the past decade, prices have declined 43%, and spectrum auctions have proven to deliver more than [$177 billion (€171.10 billion)] to the US treasury.

“Licensed spectrum is the platform of the 5G economy that is transforming the way we live and work,” says Meredith Attwell Baker, president and CEO, CTIA. “Data use is up, prices are down, and we are already seeing innovations from driverless cars to AR/VR education – all thanks to exclusive-use, licensed spectrum. We need policymakers to focus on creating a pipeline of additional licensed spectrum to build on this foundation and secure America’s innovation leadership, and not export a still unproven experiment to additional bands.”

“Given the highly effective, proven track record of exclusive-use licensed spectrum, need for more data on CBRS’ performance, and the fact that all available data points to CBRS underperforming expectations, policymakers should refrain from using CBRS sharing as a model for bands in the future,” Entner continues.