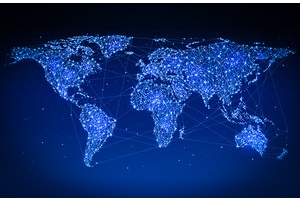 The UK has been elected to the governing council of the International Telecommunication Union (ITU), the UN agency which enables the world’s phone, internet and satellite networks to operate.

The ITU coordinates the global allocation of spectrum, the radio waves used for sending and receiving information. It also oversees the network of orbiting satellites which enable everyday technologies such as mobiles, wifi, terrestrial television, GPS navigation, weather information and online maps to function.

The organisation is behind the technical agreements on country codes (for example +44 in the UK) that make international phone calls possible. Its radio frequency allocations enable people’s phones to roam overseas and its technical standards have helped enable people to stream video on their devices. It also works to widen access to the internet to the 2.7 billion people across the world that aren’t connected.

The UK has been an active member of the ITU, one of the oldest international organisations still in existence, for more than 150 years. The council acts as the union’s governing body to guide the ITU’s work in telecoms and information and communication technology (ICT) policy issues which affect every country in the world.

The UK received the second highest number of votes in the Western Europe group, securing 151 votes out of a possible 179. Technology minister Damian Collins and Foreign office minister and UK Special Envoy to the ITU Lord Ahmad attended the ITU’s Plenipotentiary Conference in Bucharest last week to support the UK’s election campaign.

Tech and digital economy minister Damian Collins, says “The UK is a technology superpower and has always played a leading role setting international standards for telecoms and innovations which have improved billions of people’s lives across the globe. With a seat on the ITU’s governing council, we will champion tech as a solution to the world’s biggest challenges, redouble our efforts to close the divide between those cut off from technology and those in the digital fast lane and make sure the internet remains free and open.”

Foreign office minister of State and UK special representative to the ITU, Lord Ahmad, says “I’m delighted the UK has been selected to help lead the ITU’s mission in realising everyone’s right to communicate freely and securely, wherever they are in the world. Through our seat in the governing council, we’ll work with all states to ensure the organisation delivers for its members and bridges the digital divide.”

Becoming a member of the ITU’s Council will bolster UK efforts to promote collaboration and consensus among the ITU’s 193 member states to tackle some of the biggest issues affecting the technology, telecoms and space sectors.

Issues include the growing demand for radio spectrum caused by the growth of new wireless technologies and the ITU’s mission to ‘connect the world’ – bridging the global digital divide and increasing prosperity in developing countries by boosting digital inclusion and people’s skills.

The UK will also use its membership to ensure the ITU focuses on keeping information and communication technologies (ICTs) in the hands of industry and the free market and making sure they remain interoperable – benefiting UK technology businesses through access to the biggest possible global market.

The UK’s success comes as US candidate Doreen Bogdan-Martin was elected on Thursday as the first female secretary general of the ITU, defeating Russia’s Rashid Ismailov. The result was welcomed by the UK as a significant win for the efforts of western democracies to block attempts by authoritarian regimes to put greater government controls on the internet.