There’s no point in selling off a big opportunity 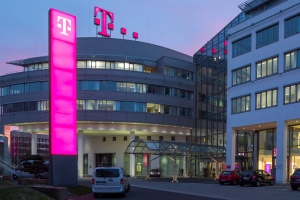 We’ve already seen major telcos selling off their towers, just as the importance for edge connectivity becomes apparent in delivering new 5G and Internet of Things (IoT) services. But Deutsche Telekom’s failure to sell off its services arm will prove to be a blessing in disguise, argues business technology journalist Antony Savvas.

Deutsche Telekom has just dropped plans to sell its T-Systems unit after failing to strike a deal with interested parties. The company first publicly revealed plans to sell off the subsidiary at the end of last year, and it was expected a deal would be finalised around now.

There was also the possibility that T-Systems would be spun off as a separate business too, but that hasn’t happened either. T-Systems is a provider of network and IT services to some of the biggest organisations in Germany and internationally, including government bodies. It also supports portions of Germany’s critical national infrastructure.

Deutsche Telekom is around a third-owned by the German government, so there were always going to be things like national security to consider when allowing a potential sell-off to go through or not.

While T-Systems’ business has dropped in recent years, with the pandemic having quickened this demise with a 25% slump in orders, it is the opportunities going forward that should now matter.

The likes of Orange, Telefonica and BT have all faced issues in their business services units. But none of them have made any public moves to sell off the businesses in the face of stiff international competition, and today’s reality that average contract values have reduced, as a result of customers wanting more bang for their buck, and deploying more targeted solutions instead.

T-Systems was already in the middle of a re-structuring plan amid the sell-off move, and I like to think this has been tailored to the new opportunities in the market, which were hinted at when Deutsche Telekom confirmed a sell-off was now off the table.

T-Systems is certainly a more nimble unit, after shedding over a quarter of its staff following thousands of redundancies, and closing many of its local offices that formed a thick patchwork across Germany. And these closures happened even before the pandemic-led drive towards more remote working.

The sort of business that points towards T-Systems’ future is the deal it recently struck with staff communications platform Haiilo, which sees it solely use T-Systems’ “sovereign cloud” in Germany, which happens to be powered by Google Cloud.

With cloud alliances growing across the telco market; 5G monetisation opportunities through new apps and services around the corner; and private 5G networks that need to be built by factories, retailers, logistics firms, and organisations in education and health, telcos shouldn’t be getting rid of their services capabilities.

If any are, perhaps there is a lack of vision among the top tier of their management?

UK communications regulator, Ofcom is to “examine the position” of Amazon, Microsoft and Google in cloud services, “to ensure” that digital communications markets are “working well” for people and businesses.

Collectively, Ofcom points out, these three firms generate over 80% of revenues in the UK public cloud infrastructure services market.

“If we find a market is not working well, there can be negative impacts on businesses, and, ultimately consumers, through higher prices, lower service quality and reduced innovation,” says Ofcom.

Leaseweb Global, a hosting and cloud services company, has just published research revealing that over half (55%) of UK IT professionals currently “trust” public cloud services “less” than they did two years ago, having run into challenges around usage costs, data migration and customer service.

The research, which questioned 500 IT professionals, found 57% had found it “challenging” to migrate workloads out of a public cloud environment, while 49% said they had encountered “difficulties” in understanding their cloud usage costs. In addition, 49% had struggled to get hold of a public cloud provider’s customer services.

Demonstrating it has been slow off the mark in taking a serious look at the market, Ofcom says it is “aiming to identify any potential competition concerns early, to prevent them becoming embedded as the market matures”. While it is a salient fact that the majority of most companies’ data and processes are still not in the public cloud, and much of it never will be, for various reasons, the public cloud market is already mature.

We have three US-owned international public cloud giants, a couple of huge Chinese operators who mainly operate in Asia, and a few other US-owned technology firms, like Oracle and IBM, playing bit parts in the cloud scene. I really can’t see that changing much.

What telcos have to do, to make sure they’re not squeezed out of the cloud services market, is to choose their cloud partner alliances well, and quick. They have to ensure their assets at the edge can form the cornerstone to help provide the new services that require fast speeds, low latency and fully-rounded security.

Any “concerns” Ofcom finds in relation to the cloud market, and any “proposed recommendations” it makes to help remedy any issues, will be tabled “within 12 months”. This may well be too late for those that haven’t already found their own cloud services niche.