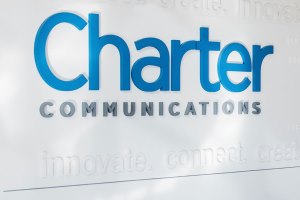 Tom Rutledge, who announced his plans to retire as CEO after a storied 50-year career beginning as a technician in 1972 while in college, will serve as executive chairman of the Company and its board of directors through the end of his contract in November of 2023. Mr. Rutledge will maintain oversight of Charter’s Government Affairs during that time and provide his guidance and expertise to ensure a smooth and successful transition.

“It has been an honor and a pleasure to lead Charter and this incredible team over the past 10 years,” says Mr. Rutledge. “We have grown the company through innovation and strategic investments and have positioned Charter to provide the best converged connectivity products and services available today. During my 50 years in this industry, I have witnessed first-hand its ability to continually evolve and change the world, and our opportunity today is greater than ever with ubiquitous connectivity being central to everything we do.”

Lead Independent director of Charter’s board of directors Eric Zinterhofer notes, “When Tom was chosen to lead Charter in 2012, his reputation as a skilled operator was second to none, but we never anticipated the new heights to which he would take this company. He redefined and exceeded every measure of success, establishing Charter as a U.S. connectivity provider. He grew the company both organically and through transformative acquisitions, which included Time Warner Cable, Bright House Networks and Optimum West (Bresnan). In addition, Tom has skillfully developed the next generation of leaders at Charter, including Chris. We are pleased Tom will continue to serve Charter and its shareholders as executive chairman of the Company and its Board in 2023.

“Over the past several years, the bench strength at Charter has continued to stand out. In particular, Chris has consistently demonstrated significant leadership and delivered an impressive track record of successes. He earned the respect and trust of his colleagues, the industry, the financial community and this board. Chris has our utmost confidence and has been unanimously elected to succeed Tom as the next president and CEO of Charter,” says Mr. Zinterhofer.

“Chris’ leadership and expertise in both operations and finance have been pivotal to Charter’s growth and success,” adds Mr. Rutledge. “He has repeatedly demonstrated innate strategic insight and keen market and industry awareness to drive an organisation to perform at the highest level. Having worked closely with Chris for more than 10 years, he is the right choice to be our next CEO and will serve Charter’s customers, employees and shareholders with integrity and skill, leading the company to new and extraordinary heights.”

“I am grateful to Tom and the Board for entrusting me with this appointment and the incredible opportunity to lead this top-flight management team and company,” says Mr. Winfrey. “I am deeply committed to Charter’s success and will continue our track record of delivering the best connectivity products and service to our customers, investing in the careers of our employees, and building long-term value for shareholders.”

Mr. Winfrey has played a significant role in Charter’s growth and transformation over the last decade, first as chief financial officer and more recently as chief operating officer. Mr. Winfrey joined Charter as chief financial officer in 2010, added oversight of Spectrum Enterprise in 2019, and operational leadership of the residential and SMB sales and marketing organisation, and Spectrum Community Solutions in 2021. Later in 2021, he was named chief operating officer.

Mr. Winfrey is leading the company’s rural construction initiative including its $5 billion (€5.07 billion) investment associated with the Rural Digital Opportunity Fund (RDOF) making gigabit broadband connectivity available to more than a million currently unserved locations. He also will lead the company’s path to a fully converged broadband offering with symmetrical and multi-gigabit speeds across its entire network. As CFO, he spearheaded Charter’s transformative M&A activity, played an integral role in the Time Warner Cable and Bright House Networks integrations, and managed Charter’s financial activities through a period of significant growth.

Prior to joining Charter, Mr. Winfrey served as chief financial officer, and as managing director for cable operations, broadcasting and satellite entities at Unitymedia GmbH, Germany’s cable operator. Earlier in his career, Mr. Winfrey served as senior vice president, corporate finance and development at Cablecom, GmbH. He was previously a director of financial planning and analysis and director of operations services of NTL Incorporated’s continental European operations, and a senior associate in the private equity group at Communications Equity Associates. He has spent nearly 25 years in the cable industry, and in 2015 received The Internet & Television Association’s (NCTA) Vanguard Award for Young Leadership.

Named president and CEO of Charter in 2012 and chairman in 2016, Mr. Rutledge has left his mark not just on Charter, but the entire cable industry. Under Mr. Rutledge’s leadership, Charter’s annual revenue has grown more than 600%, while its customer base has increased 500% through its successful merger with Time Warner Cable and acquisitions of Bright House Networks and Optimum West, as well as through robust organic growth under his tenure. He has overseen extensive investment in technology and infrastructure, including the company’s ongoing multibillion dollar rural construction initiative. He led the launch of the Spectrum brand, established an all-digital cable TV and streaming video platform, launched gigabit broadband connections and an innovative mobile offering across Charter’s service area of 55 million homes and businesses.

Mr. Rutledge began his cable career in 1972 at Eastern Telecom working as a technician while going to college. In 1977, he joined American Television and Communications (ATC), a predecessor of Time Warner Cable, as a manager trainee where he served in a series of progressively senior leadership roles, eventually becoming president of Time Warner Cable in 2001. Prior to becoming CEO of Charter in 2012, Mr. Rutledge served as chief operating officer of Cablevision Systems, where he oversaw the company’s cable television business; Rainbow Media the company’s national programming business which includes the AMC, IFC, Sundance TV and WEtv networks; Clearview Cinemas and Newsday.

Mr. Rutledge is a former chairman of the NCTA The Internet & Television Association and currently serves on the boards of NCTA, CableLabs, C-SPAN, the Smithsonian National Museum of Natural History and AdvanceCT. In 2011, he received the NCTA Vanguard Award for Distinguished Leadership, the cable honor, and is a member of the Cable Hall of Fame and the Broadcasting and Cable Hall of Fame.