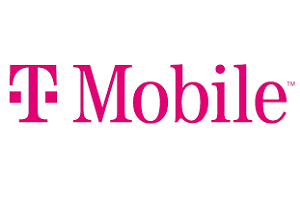 With the investment, T-Mobile continues to execute on its years-long strategy to build the highest-capacity, broadest network in U.S. history. It started back In 2017 when the Un-carrier revealed plans for nationwide 5G with 600 MHz. That strategy was accelerated in 2018 when T-Mobile announced its planned merger with Sprint which, when finalised in 2020, catapulted the Un-carrier into a 5G network leadership position and created a fierce competitor to better take on industry behemoths Verizon and AT&T for the benefit of consumers and businesses across the country.

“We’ve been clear in our mission for years. We’ve supercharged the Un-carrier by building the leading wireless network in America with leading breadth and depth and paired it with the best value, backed by the best customer experience from the best team. This additional spectrum only accelerates that mission,” says Mike Sievert, CEO of T-Mobile. “Our competitors have been distracted, whether they were trying to become media conglomerates or were betting on the wrong 5G strategy, and their customers are paying the price. Meanwhile, we have been laser focused on being the best in wireless, and we’re seeing the results of that focus play out now.”

Following Auction 108, T-Mobile can now expand Ultra Capacity 5G and deliver even greater performance and connectivity to those in underserved areas, for customers of both its mobile and broadband Internet services, bringing much needed choice and competition to millions more Americans.

T-Mobile is the leader in 5G with the country’s largest, fastest and most reliable 5G network. The Un-carrier’s Extended Range 5G covers nearly everyone in the country 320 million people, delivering more 5G coverage than Verizon and AT&T combined. 235 million people nationwide are covered with super-fast Ultra Capacity 5G, and T-Mobile expects to cover 260 million in 2022 and 300 million next year.