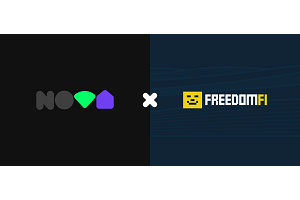 With deep expertise in development of open source tools for deployment and management of next generation distributed mobile networks, the FreedomFi team will join forces with Nova Labs to make Helium the standard for decentralised networks everywhere. As part of the acquisition, all 30 FreedomFi team members will be joining Nova Labs, with FreedomFi co-founders, Boris Renski and Joey Padden, Nova Labs’ future expansion into the mobile space. FreedomFi has raised [$9.5 million (€9.58 million)] from Qualcomm and Samsung in March of this year.

“The FreedomFi team has unique capabilities, a proven record of innovation, and are developers of best-in-class technology, so from a strategic standpoint this acquisition supports our mission,” says Amir Haleem, CEO and co-founder of Nova Labs. “The Helium mobile network will benefit greatly from the added expertise of FreedomFi and we look forward to working with Boris, Joey, and their team to make an even better consumer experience.”

FreedomFi is no stranger to the Helium ecosystem. In 2021, FreedomFi introduce and receive community approval for Helium 5G, paving the way to support the wireless network on Helium using the HNT incentive model. Since then the FreedomFi team have launched the Helium-compatible cellular base station, allowing consumers with zero knowledge of 5G technologies to set up a cellular network from their home and start mining cryptocurrency rewards from its operation. The company also has a “powered by FreedomFi program” that partners with a number of hardware and small cell vendors to enable them to build similar products for the Helium ecosystem.

“We’ve been working closely with the Helium ecosystem of hardware manufacturers, enabling them to build products to power consumer-deployable 5G networks for over a year,” says Boris Renski, FreedomFi co-founder and CEO. “Joining forces with Nova Labs opens the door for innovation that will have lasting impacts on the telecom industry, while staying true to our mission to make mobile networks accessible to all.”