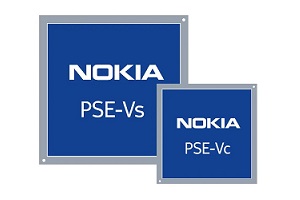 Espoo, Finland. 16 August, 2022 – Nokia announced the testing of a 600Gbit/s line rate on Telekom Serbia and MTEL’s optical transport network over a distance of 600km between Banja Luka and Belgrade. The test utilised Nokia 1830 photonic service switch (PSS), powered by its PSE-Vs chipset, and laid the foundation for future growth to meet the needs of low latency, high-capacity traffic demands enabling the transport of 100GE and 400GE services

In addition to long range city to city connections, Telekom Serbia will deploy the 1830 PSS family equipment (PSS-16 and PSS-8x) in two new regional rings to provide next generation, highly scalable networks based on wavelength division multiplexing (WDM) for the needs of its residential and business customers.

Nicolas Almendro, VP, Europe Nokia Optical Networks, says  “We are proud of our ongoing partnership with Telekom Serbia and support the group in executing its strategy of maintaining market leadership in telecommunication services and content in Balkan region.”