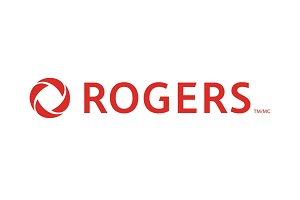 Toronto, Montreal and Calgary, Canada. 12 August, 2022 – Rogers Communications Inc. (“Rogers”), Shaw Communications Inc. (“Shaw”) and Quebecor Inc. (“Quebecor”) announced that they have entered into a definitive agreement (the “Agreement”) for the sale of Freedom Mobile Inc. (“Freedom”) to Videotron Ltd., a subsidiary of Quebecor (the “Freedom Transaction”), subject to regulatory approvals and closing of the merger of Shaw and Rogers announced on March 15, 2021 (the “Rogers-Shaw Transaction”).

The parties strongly believe the Freedom Transaction provides the best opportunity to create a strong fourth national wireless services provider and addresses the concerns raised by the Commissioner of Competition and the Minister of Innovation, Science and Industry regarding the Rogers-Shaw Transaction. With this agreement, the new combined business of Videotron and Freedom will be well-positioned to launch a strong, competitive national 5G offering, using Videotron’s 3500 MHz holdings. Accordingly, the parties believe the Rogers-Shaw Transaction should now be approved.

This definitive agreement is substantially consistent with the terms previously announced on June 17, 2022.

“We are very pleased with this Agreement, and we are determined to continue building on Freedom’s assets,” says Pierre Karl Péladeau, president and CEO of Quebecor. “Quebecor has shown that it is the best player to create real competition and disrupt the market. Our strong track record combined with Freedom’s solid Canadian footprint will allow us to offer consumers in British Columbia, Alberta and Ontario more choice, value, and affordability through discounted multiservice bundles and innovative products.”

“This Agreement with Quebecor brings us one step closer to completing our merger with Shaw,” says Tony Staffieri, president and CEO of Rogers. “We strongly believe that this divestiture solution addresses the concerns raised by the Commissioner of Competition and the Minister of Innovation, Science and Industry and we look forward to securing the outstanding regulatory approvals for our merger with Shaw so that we can start delivering its significant long-term benefits to Canadian consumers and businesses, including improved network resiliency.”

“My family, our management team, and our people are extremely proud of what we built with Freedom Mobile. Over the past six years we invested billions of dollars and launched products and services that disrupted the marketplace and helped redefine what Canadians can expect from their wireless carrier, but there’s much more that could be done as next generation networks are deployed, technology becomes more sophisticated and consumers’ demands for fast and responsive applications continue to increase,” says Brad Shaw, executive chairman and CEO of Shaw. “Bringing Freedom Mobile and Quebecor together will expand Freedom’s scope to create a national provider with greater ability to invest and compete for the future growth and technology Canadians will need.”