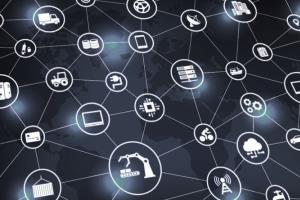 Despite much scaremongering, fears over security have become less of a concern for organisations adopting IoT (Internet of Things) solutions, than they were five years ago. Business technology journalist, Antony Savvas considers what has perhaps replaced these fears.

Whenever emerging networked technologies gain a foothold, the issue of security is always under the microscope, of course. But those actually deploying IoT solutions seem to be less startled by the doom mongers, according to research.

A study from the industry-led Wi-SUN Alliance, ‘The Journey to IoT Maturity’, is a follow-up effort among IoT deployers the organisation carried out in 2017. It commissioned research among 300 IoT project executives across the UK and US, within key industries, including energy and utilities, state and local government, construction, technology and telecoms.

Those organisations ranking security as one of their top three challenges when rolling out IoT fell from 58% in 2017 to just 24% in 2022. In addition, the proportion of respondents viewing security as a “technical challenge” also dropped from 65% in 2017 to 42% this year.

While security is becoming less challenging than it used to be, there are growing fears over data privacy issues though. Data privacy regulation is the second highest challenge for IoT adopters, with 36% placing it in their top three, just behind the need to “reprioritise spending” due to Covid-19 (37%), and ahead of budget cuts resulting from less revenue during the pandemic (35%).

Fears over big data have also risen over the last five years, with 19% of respondents (up from 11% in 2017) placing it in their top three IoT rollout challenges.

The introduction of the General Data Protection Regulation (GDPR), the California Consumer Privacy Act (CCPA) and other data regulations since the 2017 report, are bound to be a factor in this growth around data privacy fears.

“Data privacy concerns have gone up, understandably, with more legislation putting the spotlight on data protection. Since our last study, stricter privacy laws have increased pressure on organisations to protect sensitive data,” says Phil Beecher, president and CEO of the Wi-SUN Alliance.

He adds: “Concerns are higher in the UK, where over half (53%) of organisations include secure data collection in their IoT strategies, compared to just a third (34%) in the US.”

It is hoped that updated IoT systems can tackle the twin challenges of network security and data privacy. Matters should improve when considering that 90% of those questioned in the study recognised they must invest in their IoT over the next 12 months to remain competitive, and safer.

To illustrate the prospects of further spending in the IoT product and services market, semiconductor company Semtech is buying IoT key player Sierra Wireless for US$1.2 billion (€1.18 billion) in cash, an amount that equates to almost a third above the firm’s average share price over the past month.

Robin Duke-Woolley, CEO of Beecham Research, says of the deal, “The acquisition looks to address a key issue of increasing concern in the IoT market: bringing together different IoT connectivity technologies in an additive rather than competing way.

“Semtech is primarily a chipset supplier while Sierra Wireless mainly offers hardware/services direct to the user market. As such, this looks like a highly complementary deal that seeks to bring together licensed and unlicensed technology offerings,” Duke Woolley adds.

IoT deployments will benefit from the extensive fast connectivity footprints that 5G standalone (SA) networks will deliver, and BT and Nokia have just demonstrated further progress in this area.

“Not only is it the first time in Europe that a network operator has achieved 4CC on 5G SA using commercial spectrum, it is also the first time it has been achieved outside of a lab in Europe,” say the two companies.

The global patchwork quilt of SA development continues in earnest, and that’s great for both 5G and IoT business.