Price increases in the face of industrial relations troubles 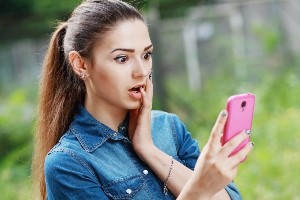 Consumers are being urged not to ditch their broadband or mobile phone contracts to help ease pressure in the face of the ‘cost of living crisis’.

According to research, digital connectivity costs could rise by over 11% this year, and by nearly 8% in 2023. So, if customers do cancel contracts they may find it even harder to reconnect to services in the future.

No one wants to see anyone struggle with their bills. But the research from independent connectivity consultancy FarrPoint spells a welcome increase in prices for telcos, many of whom are spending huge amounts in upgrading both their broadband networks and mobile networks, to support new and faster services around FTTH/FTTP (fibre-to-the-home/fibre-to-the-premise), 5G and IoT (Internet of Things).

While many consumers might well see mobile and broadband costs as something they could cut back on to save on monthly household bills, FarrPoint has urged them to “seriously think again”. They should instead shop around for the best deals, and stay connected, it advises.

Some struggling consumers could maybe closely consider how they are accessing their mobile networks, for instance. A SIM-only deal used with a separately sourced smartphone, that doesn’t cost over €1,500 to operate over a 24-month contract, would be my humble tip.

That may well impact the likes of Apple, the provider of technology to many of those who can barely afford it, but who’s going to be crying for a corporate ‘hippy’ like that?

“With more everyday services migrating online during the pandemic and the push to remote working, there is a real risk that without internet access, households would be getting rid of arguably their number-one method of cutting various costs, simply to save on current everyday spending,” says Andrew Muir, FarrPoint CEO.

“We’d like to see more being done by the market to protect customers and add increased flexibility to their monthly bills. This could mean increasing availability of pay-as-you-go type tariffs across fixed as well as mobile services, which would mean those on low household incomes don’t have to commit to long-term contracts.”

This is a fair approach that serves both consumers and the telcos that need their continued business as we see an ever-growing digital economy.

Consumers, of course, aren’t just those served by telcos, they include those working for them. And most of those are potentially facing the same cost of living crisis.

BT Group recently released a trading statement highlighting its ongoing financial challenges, as it continues to modernise its operations.

For the three months ended 30 June, 2022, BT said turnover increased 1% to over £5.1 billion (€6 billion). But the firm’s Enterprise and Global business segments both suffered declines, with BT blaming “challenging conditions in large corporates”.

The group’s overall pre-tax profit was down 10% because of this uneven performance. But the company’s engineers and other staff are on strike for a second day this morning in pursuit of a 10% pay rise, with the UK inflation rate about the same level.

Other telcos globally will be paying close attention to the outcome of the dispute, with other strike days at BT potentially on the horizon if a deal on pay can’t be reached.

The striking Communication Workers Union at BT has, of course, pointed out that BT CEO, Philip Jansen was awarded a 32% increase in remuneration in 2021.

In welcome business expansion news, Telstra has sealed a strategic partnership with Microsoft. The five-year agreement is said to be one of the largest partnerships Microsoft has established with a telco.

The agreement aims to boost Microsoft’s connectivity and growth in Australia, with Microsoft becoming an anchor tenant on Telstra’s new ultra-fast intercity fibre network. It also seeks to drive Telstra’s ambition to have about 90% of its applications on public cloud infrastructure by 2025, with Microsoft Azure as a preferred cloud partner as part of Telstra’s multi-cloud approach.

Microsoft will also explore boosting its capacity on Telstra’s Asia-Pacific subsea cable network to support its other regional markets.

“As the go-to partner for Microsoft in Australia this agreement will turbocharge how we deliver compelling, all-digital experiences,” says Telstra CEO, Andrew Penn. Our strategic partnership is on a scale not seen before in Australia and it will be Australian businesses who will benefit at a time when the urgency to digitise and transform their operations has never been greater.”

Like BT, Telstra is an “incumbent” telco that is continuing to transform, over 20 years after it faced more competition after its market was opened up to others. Partnerships and perhaps occasional strikes are part of the journey.