stc Bahrain to announce plans to develop the foundation for 5.5G Network 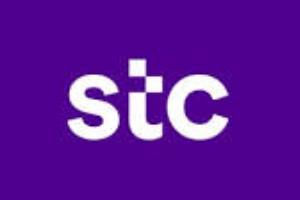 Bahrain, 28 July 2022 – stc Bahrain has taken a new step in achieving its vision of becoming a digital enabler, after its achievement of launching 5G network across the Kingdom of Bahrain. The telecom operator announced plans to build the foundation for a 5.5G network, in partnership with Huawei, making that will adapt this network, not just in Bahrain, but the Middle East region as a whole

The announcement comes as part of stc Bahrain’s strategy to establish and develop the infrastructure to power the next version of 5G (5.5G) within the next three years, reflecting stc Bahrain’s commitment to invest in the latest technology and keep up with global trends.

stc Bahrain’s current 5G network covers all areas of the Kingdom and supports 2CC (two cell carriers), enhancing stc Bahrain’s network performance and contributing to the Kingdom’s Vision 2030 to build a infrastructure that links Bahrain to the global economy.

The milestone was announced during the quarterly board meeting, where Eng. Nezar Banabeela, chief executive officer of stc Bahrain, presented the company’s vision around the evolution of 5G and its ambitious plans to start building the foundation of a 5.5G network, commenting:

“stc Bahrain is committed to investing in network infrastructure that positions Bahrain as a global telecommunication and ICT leader. We are incredibly proud to be at the forefront of building Bahrain’s future advanced network connectivity services, paving the way for innovation, and further digital transformation across the Kingdom. He adds: . “As more intelligent applications and demands emerge, we want the infrastructure to be able to support a thriving digital ecosystem and setting the foundation of 5.5G, is critical to that future.”

The 5.5G network, is an improvement to the 5G network, which contains features that will transform the telecommunications field. According to stc Bahrain CEO, the 5.5G network speed will be ten times faster than 5G network, and the applications that it will support will achieve more than improved connectivity, it will support the “Internet of Things” in a way that has not been done in the past. The 5.5G network will also create opportunities and pave the way to use the latest artificial intelligence technology and will improve data storage capabilities on a global scale in addition to empowering green technology, nurturing the environment and reducing energy consumption.

stc Bahrain has identified five business capabilities which will be focused to achieve the ambition of the target network: service penetration, efficiency creativity, resource integration, value competitiveness, and social contribution.

As part of phase one of the vision, major network revamp and upgrades have been initiated in all network domains including wireless, Datacom, Transmission, Core, IT and Digital Infrastructure. With the completion of phase one of the project, the stc network will be upgraded and evolved to the very latest telecom standards to make the network foundation ready for 5.5G capability (also known as 5G-Advance as per 3GPP standard).

At the conclusion of the program, network capability will increase from 3Gbps to 10Gbps. stc Bahrain’s implementation of Artificial Intelligence and digital tools to optimise network management will position the company as a regional innovator and leader in terms of network operations.