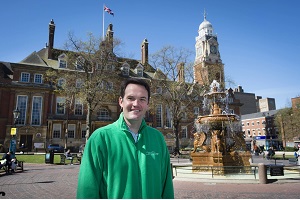 A new report commissioned by CityFibre, the UK’s largest independent carrier-neutral full fibre platform, has identified that Leicester stands to be a huge beneficiary from the rollout of future-proof full fibre infrastructure which is now well underway across the city.

The study by the consultancy Hatch, (Economic Impact of Full Fibre Infrastructure from CityFibre’s Network), estimates that, over a fifteen-year period, the positive impacts of CityFibre’s [£80 million (€95.75 million)] investment in Leicester could support major economic growth including [£780 million (€933.56 million)] in productivity, innovation and new market opportunities for business, [£172 million (€205.86 million) from a widened workforce participation, and [£535 million (€640.33 million)] in increased housing value.

Technological benefits are also a major focus of the report, which demonstrates that CityFibre’s network in Leicester can help unlock [£2 billion (€2.39 billion)] in gross value added (GVA) from 5G services and [£647 million (€774.38 million)] from the Internet of Things.

The continuing transition to home and flexible working, supported by full fibre access at home and in the office, is also unlocking access to a larger pool of labour for employers. In Leicester, flexible working productivity uplifts are estimated to exceed [£40 million (€47.87 million)].

The direct impact of network construction is also identified as a major contributor of Leicester’s economic growth, creating 50 jobs within CityFibre’s build partners and supply chain. Wherever possible, the new jobs will be recruited locally to support the rollout.

The UK, as a whole, stands to benefit from over [£38 billion (€45.48 billion)] in potential economic benefits. Productivity improvements and innovation are responsible for the largest impact, driving more than [£22 billion (€26.33 billion)] in GVA gains nationwide. This is due to the positive effect that far faster and more reliable digital connectivity has been shown to have on business productivity and innovation, increasing turnover and contributing to the formation of new businesses and business models.

James Cushing, area manager for Leicester at CityFibre, says “This report demonstrates just how powerful and essential Full Fibre is as a catalyst for growth and a platform for innovation and investment. We are extremely proud of our £80m digital transformation project in Leicester and excited to see how it will benefit residents and businesses over the decades to come.”

Residents interested in giving their home broadband a boost can find out more about the build and check whether services are live by visiting here Cityfibre.