Eutelsat and OneWeb to combine: A leap forward in satellite connectivity 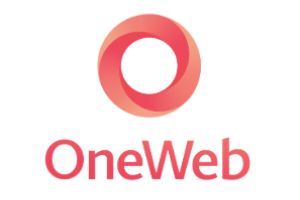 Eutelsat Communications and key OneWeb shareholders have signed a Memorandum of Understanding with the objective of creating a global player in Connectivity through the combination of both companies in an all-share transaction. Eutelsat will combine its 36-strong fleet of GEO satellites with OneWeb’s constellation of 648 Low Earth Orbit satellites, of which 428 are currently in orbit.

The transaction would be structured as an exchange of OneWeb shares by its shareholders (other than Eutelsat) with new shares issued by Eutelsat, such that, at closing, Eutelsat would own 100% of OneWeb (excluding the ‘Special Share’ of the UK Government). OneWeb shareholders would receive 230 million newly issued Eutelsat shares representing 50% of the enlarged share capital.

Commenting on the combination, Dominique D’Hinnin, Eutelsat’s chairman says, “I am delighted to announce this new and significant step in the collaboration between Eutelsat and OneWeb. Bringing together our two businesses will deliver a global first, combining LEO constellations and GEO assets to seize the significant growth opportunity in Connectivity, and deliver to our customers solutions to their needs across an even wider range of applications. This combination will accelerate the commercialisation of OneWeb’s fleet, while enhancing the attractiveness of Eutelsat’s growth profile. In addition, the combination carries significant value creation potential, anchored on a balanced mix of revenue, cost and capex synergies. The strong support of strategic shareholders of both parties is a testament to the huge opportunity that this combination offers and the value that will be created for all its stakeholders. This is truly a game changer for our industry.”

Sunil Bharti Mittal, OneWeb’s executive chairman says, “Having played a pioneering role in providing connectivity in the emerging world, I am excited about the possibilities of connecting the unconnected. The combination of Eutelsat and OneWeb represents a significant development in that direction as well as a unique GEO/LEO combination. The positive early results of our service together with our strong pipeline represent a very exciting opportunity in the fast-growing satellite connectivity segment, especially for customers requiring a high speed, low latency experience. Our customers are actively seeking a combined GEO/LEO offering leading us towards this important step. Bharti, as the lead shareholder of OneWeb, along with other key shareholders, is looking forward to playing a meaningful role in providing expanded connectivity through the combination of OneWeb and Eutelsat.”

Eva Berneke, Eutelsat’s chief executive officer says, “Our initial investment in OneWeb was underpinned by our strong belief that the future growth in Connectivity will be driven by both GEO and LEO capacity. This belief has intensified as our relationship with OneWeb has deepened, first by raising our stake in the company, and then with the global distribution agreement signed a few months ago. We are now moving to the next level, with a full combination that will ensure the potential of the GEO/LEO integration is fully realised, supported by compelling financial, strategic, and industrial logic.

This ground-breaking combination will create a powerful global player with the financial strength and technical expertise to accelerate both OneWeb’s commercial deployment, and Eutelsat’s pivot to Connectivity. The combined entity will be geared towards profitable growth, with strong medium-term cash flow generation and a rapid deleveraging driven by strong forecast EBITDA growth. The benefits for our customers and strategic partners, who are at the centre of our strategy, are both significant and unique. This is also a very exciting opportunity for our employees who will be key to the success of this transformation.”

Neil Masterson, OneWeb’s chief executive officer says, “Just 20 months ago, OneWeb resumed its mission to connect the unconnected and remove the barriers to connectivity that hold back many of the world’s underserved economies and communities. Since then, we have turned this vision into reality and become the second largest low Earth orbit satellite operator in the world. Today’s announcement is another bold step in OneWeb’s remarkable journey. It is testament to the resilience, execution and innovation of our teams, the strong demand we have seen since launching our commercial services, and the close collaboration we have forged with our partners to provide high-speed, low latency connectivity for governments, businesses, and communities. This combination accelerates our mission to deliver connectivity that will change lives at scale and create a fast growing, well-funded company which will continue to create significant value for our shareholders.”

Eutelsat and OneWeb will address the considerable Connectivity market opportunity, which is fueled by the growing needs of customers in both the B2B and B2C segments for consistent, reliable connectivity. These market segments are forecast to grow by three and five times respectively over the next decade, to reach a combined value of circa $16 billion (15.77 billion) by 2030, with growth being served by both GEO HTS and LEO capacity.

Moreover, the combination of the network density, compelling economics and high throughput of GEO with the low latency and ubiquity of LEO, creates the optimal solution to address an even wider range of customer needs, thereby expanding the addressable market.

A powerful combination, representing a game-changer in the industry

The operations of Eutelsat and OneWeb are highly complementary. A clear roadmap has been designed to develop over time a complementary GEO/LEO service including a common platform, hybrid terminals and a fully mutualised network creating a one-stop shop solution for customers, providing them with a unique offering and a seamless user experience.

The combination of Eutelsat with OneWeb is forecast to generate substantial value:

Average annual revenue synergies are estimated at circa €150 million after four years, with hybrid GEO/LEO offerings providing a premium service to customers as well as improving the fill rate.

Capex optimisation is expected to generate average savings estimated at circa €80 million per annum, from year one. This would be achieved by leveraging the hybrid GEO/LEO satellite infrastructure and through the improved purchasing power of the combined entity.

These sources of incremental value creation represent a balanced split between revenues, costs and capex. Taken together they equate to a net present value of over €1.5 billion after tax (net of implementation costs).

The transaction provides a platform for both entities to create value while transforming their respective growth profiles and cash generation potential.

Combined entity would have revenues of circa €1.2 billion and EBITDA of circa €0.7 billion in FY22-23.

Revenues are forecast to grow at low double-digit CAGR over the next decade.

EBITDA is expected to grow at a mid-teen CAGR over the medium to long term, outpacing sales growth, with EBITDA margin levels moving gradually back in line with best-in-class GEO standards.

Eutelsat’s strong cash flow generation will provide both visibility and funding to develop OneWeb’s fleet at minimal risk. Combined EBITDA-CAPEX, standing at circa -€0.2 billion in FY22-23 is expected to be back in positive territory by FY24-25 – FY25-26 (depending on Gen-2 capex phasing).

Eutelsat will temporarily suspend its dividend, and cash flow will be focused on the deployment of the Gen 2 constellation while maintaining a strong balance sheet.

Leverage, which would stand at circa 4x net debt / EBITDA post transaction, is expected to be reduced on the back of strong EBITDA growth, backed by a disciplined financial policy, with an objective of leverage of circa 3x in the medium term.

Eutelsat will pay its dividend in respect of FY21-22 with a scrip option. Thereafter, the dividend will be suspended for FY22-23 and FY23-24.

Structure of the transaction

The transaction would be structured as an exchange of OneWeb shares for newly issued Eutelsat shares. This excludes the ‘Special Share’ in OneWeb which is retained by the UK Government together with the existing rights associated therewith.OneWeb shareholders would receive 230 million newly issued Eutelsat shares, representing 50% of Eutelsat’s enlarged share capital.

The number of new Eutelsat shares to be received by existing OneWeb shareholders would not be affected by the payment of the €0.93 per share dividend with a scrip option for FY 21-22 to be proposed at the upcoming AGM of Eutelsat.

Trading under its existing name, OneWeb will continue to operate the LEO business, with OneWeb’s headquarters remaining in the UK.

A new balanced ownership and governance

The combined entity will have a balanced ownership structure with a substantial free float alongside anchor public shareholders and supportive private investors.

Indicative timetable and next steps

The Memorandum of Understanding has been unanimously approved by each of Eutelsat’s and OneWeb’s board of directors and the envisaged transaction is fully supported by both parties’ long-term investors, namely Bpifrance, Fonds Stratégique de Participations, Bharti, HMG, SoftBank and Hanwha. CMA CGM, a shareholder of Eutelsat, is also supporting the proposed combination. It will be submitted to the French Eutelsat Works Council information and consultation process.

The Memorandum of Understanding provides for customary exclusivity commitments by Eutelsat and key Eutelsat and OneWeb shareholders.

The transaction will be subject to clearance from relevant regulatory authorities.

The transaction will also be conditional on approval by Eutelsat’s shareholders at an Extraordinary General Meeting (EGM) of Eutelsat, to take place by end of first half 2023. Bpifrance and Fonds Stratégique de Participations have undertaken to vote in favour of the transaction-related resolutions at this EGM, subject to usual conditions.

The transaction is expected to close by the end of first half of 2023.

Eutelsat is assisted by d’Angelin & Co., Perella Weinberg Partners and Rothschild & Co as financial advisors. Eutelsat is advised by Weil Gotshal & Manges (Paris and London) for all legal aspects of this transaction.

OneWeb is assisted by Barclays as financial advisor. OneWeb is advised by Herbert Smith Freehills LLP as its legal advisor for all aspects of this transaction.